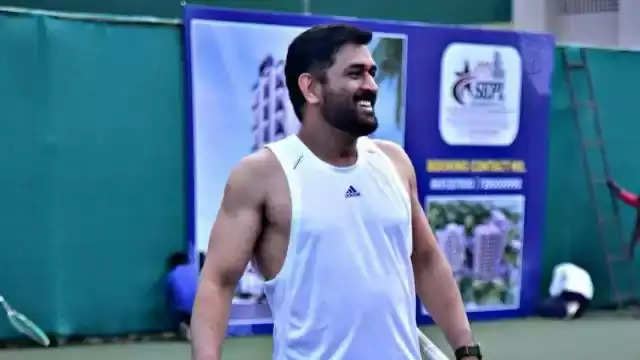 The kind of fitness that Dhoni is maintaining at the age of 41 is really an example to the youth. They should take fitness lessons from him. Not only in cricket but Dhoni do wonders in the tennis court also. His tennis partner Sumit Kumar Bajaj shared some of his pictures on Instagram and looks like he is ready to do wonders in another season for Chennai Super Kings (CSK). Dhoni has been retained by CSK once again in the Indian Premier League (IPL) 2023.

It is believed that the coming season could be Dhoni’s last season as a player. Dhoni quit international cricket two years ago, but after that he has played every season in IPL. In the last season, Dhoni had given the captaincy to Ravindra Jadeja, but later Jadeja handed over the captaincy back to Dhoni.

Dhoni seems ready to captain CSK once again. Sharing Dhoni’s pictures, Sumit Kumar Bajaj wrote on Instagram, ‘Happiness means playing tennis with your partner. Thank you Mahendra Singh Dhoni for being my superhero. Dhoni has started preparing for IPL 2023 and seeing his fitness, it seems that he will rock in the coming season.