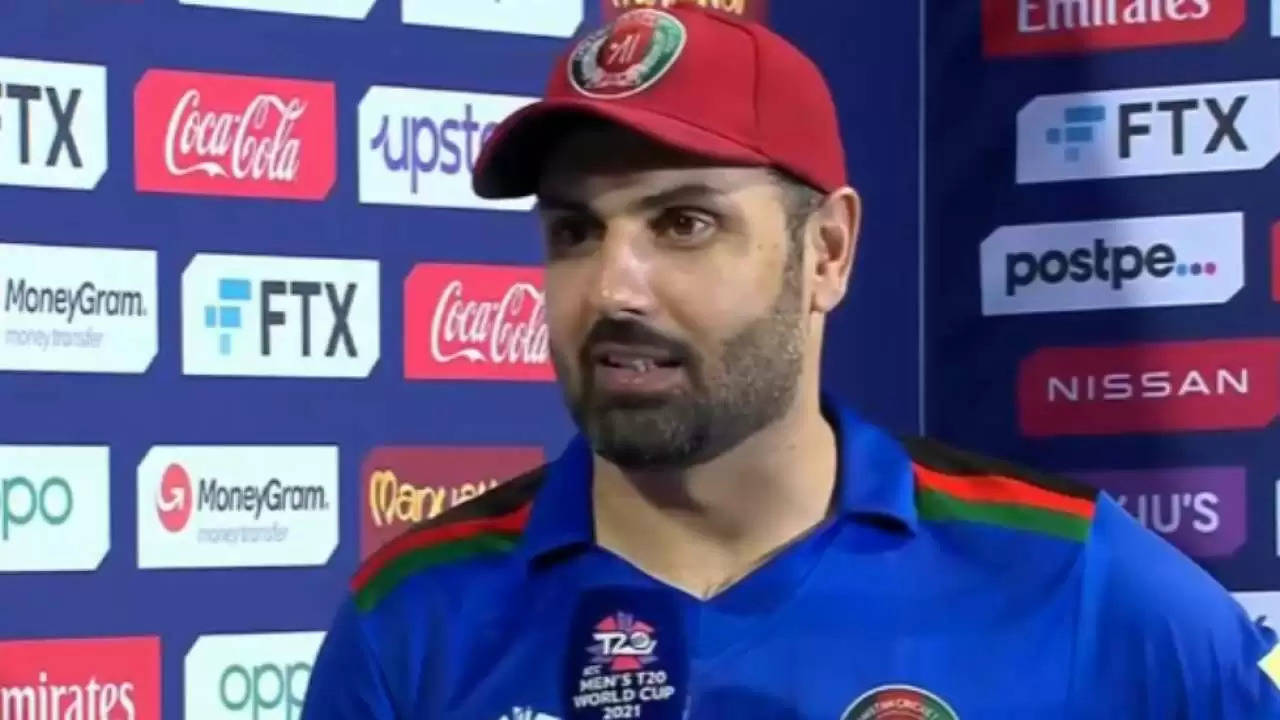 Cricket is such a field where players from all across the world meet and they must need to know the English language. But sometimes becomes difficult to convey and express emotions when English is not the main language. However, it is mostly the captains who do most of the talking, in one such incident when Afghanistan cricket team captain Mohammad Nabi was addressing the media in a press conference. He, very sweetly said that addressing them is "the hardest thing".

He in fact went on to hilariously remark that he would run out of the ability to speak in English in five minutes. The video of the same has even gone VIRAL.

36-year-old, Afghan captain is fluent in Urdu, who was born in Pakistan's Peshawar but grew up in Afghanistan after his family fled in the 80s during the years of the Soviet military intervention.

Nabi has also played in the Indian Premier League (IPL) since 2017 and has been part of the Sunrisers Hyderabad (SRH) squad.

Afghanistan had begun their T20 World Cup campaign with a thumping 130-run win over Scotland on Monday and they will next face Pakistan on October 29.