Can This Duo Take India to World Cup glory? 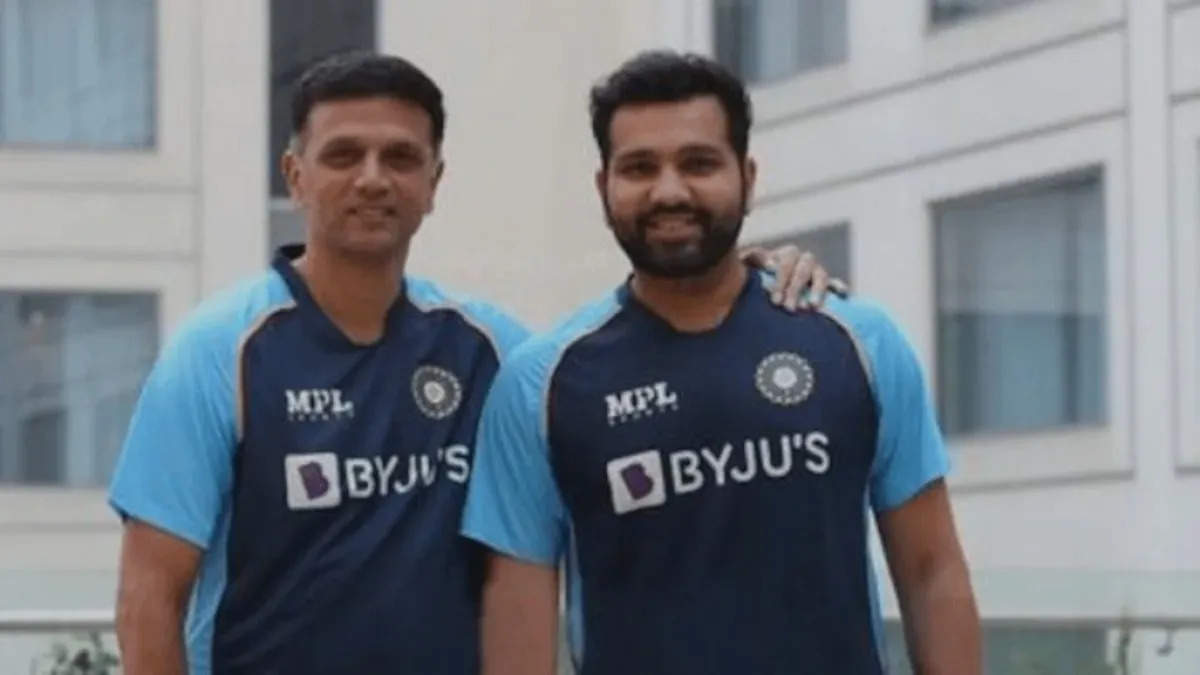 Indian cricket fans have asked before every ICC tournament in recent years, "Will the Men in Blue win this time?" Team India is a favourite at every World Cup. In the lead-up to most ICC events, they do well in bilaterals. On the big day, they falter. Since 2013, India has lost the 2014 T20 World Cup final and the 2016 T20 World Cup semi-final. They were eliminated before the semi-finals last year. Speaking of 50-over events, India lost in the semi-finals in 2015 and 2019.

Virat Kohli and Ravi Shastri led India to ICC World Cup disappointments. India's disastrous exit from the T20 World Cup last year prompted a top-level shakeup. Rohit Sharma is captain and Rahul Dravid is coach. Since the Indian captain is 35, Rohit and Rahul may get two ICC titles. In October-November, Australia will host the T20 World Cup. In 2023, India will host the 50-over World Cup. Can they lead India to World Cup glory?

Men in Blue have been in great form since last year's ICC tournament in UAE. They had a record-tying 12-match winning streak that ended against South Africa. Rohit was rested against the Proteas. His leadership has helped the team. His ability to motivate players and sharp tactical acumen have contributed to the T20I team's renaissance.

India's chances at the T20 World Cup in Australia later this year could come down to two things: their newly adopted "aggressive mantra" and how their best players are doing. Clearly, India had a hard time at the last T20 World Cup because they didn't have the edge that other teams did. This was because they didn't take the 20-over version as seriously as other teams did. Team India has worked hard to step up their game, especially when it comes to their batting, since Rohit and Rahul joined forces. The results have been clear, with wins over New Zealand and the West Indies at home and a recent impressive win in England.

At the same time, India needs to make sure that they stick to their philosophy to the fullest as they head into the T20 World Cup, even if they have a few setbacks along the way. Also, India's big names will need to step up and perform well on the big stage. Even though he has done a good job as captain, Rohit's batting has been a big disappointment since he took over as leader. Virat Kohli's performance is a big question mark. Even though Shreyas Iyer did well in the West Indies, his problems with short balls could show up in Australia.

India recently beat West Indies 3-0 in the 50-over version of the game. But under Shikhar Dhawan, who was the team's stand-in captain, they took a pretty traditional approach to the format. India needs to figure out what kind of strategy it will use for the ODIs. Yes, it will be a while before the one-day World Cup. But India needs to start building a team and a way of thinking about the game at the same time. They can't wait too long, because that has cost them before.

As captain and coach, Rohit and Rahul have done a great job. But Kohli and Shastri were too. Still, they were not able to help India win ICC titles. The current captain and coach will need to make sure they pick the right players with the right mindset so they can win when it counts.