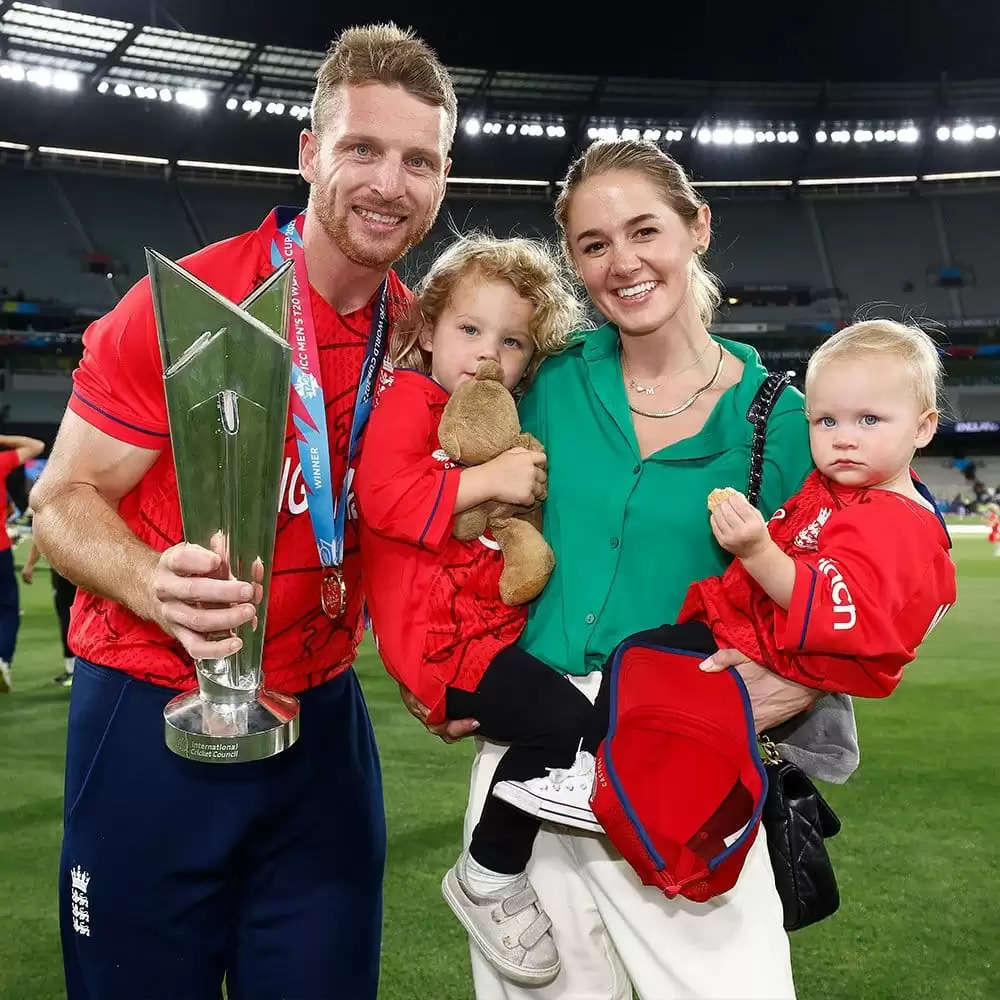 England won the T20 World Cup 2022 champions beating Pakistan in the final of the tournament on Sunday night. This is England's second title. After the win, the players from Jos Buttler to Ben Stokes all celebrated the T20 World Cup win in a special way. England cricket team captain Jos Buttler was lucky to have his family by the side on the day he became the T20 World Cup champion and the captain who led the side to the win. 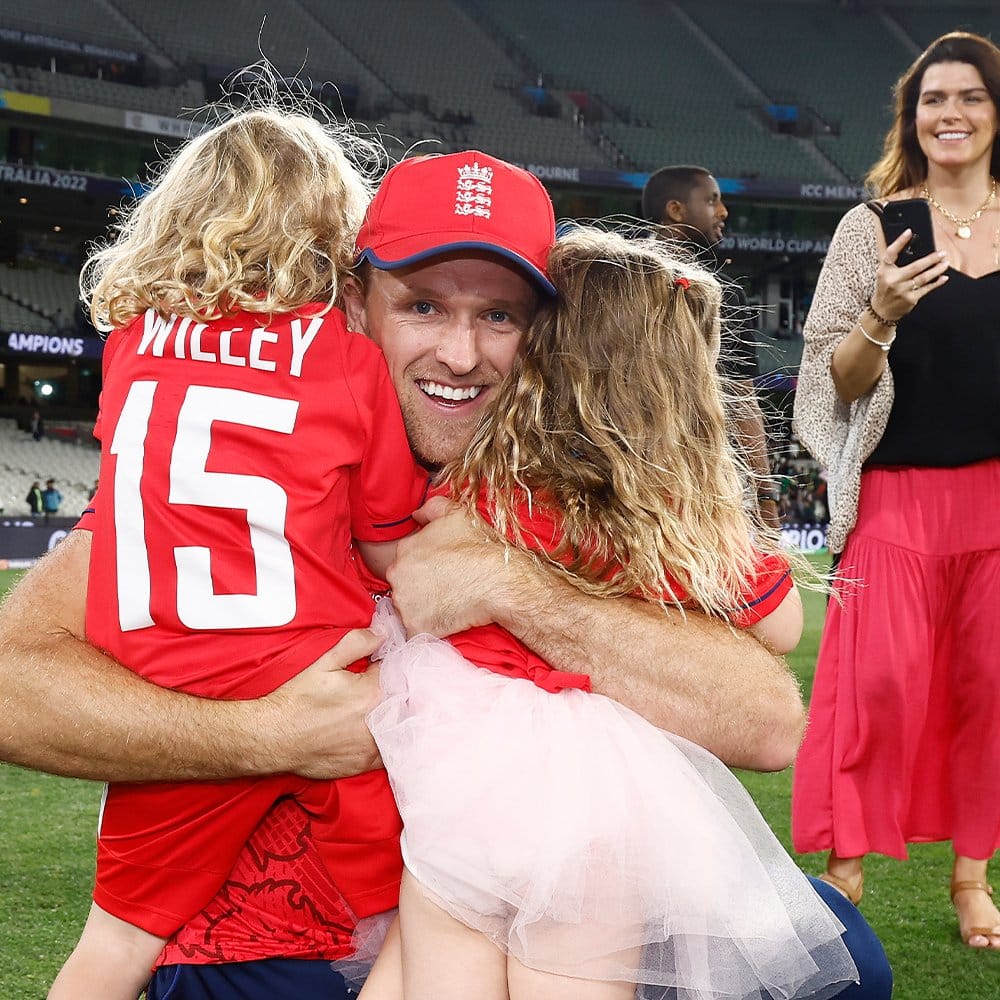 David Willey had his family with him and he celebrated the big win. 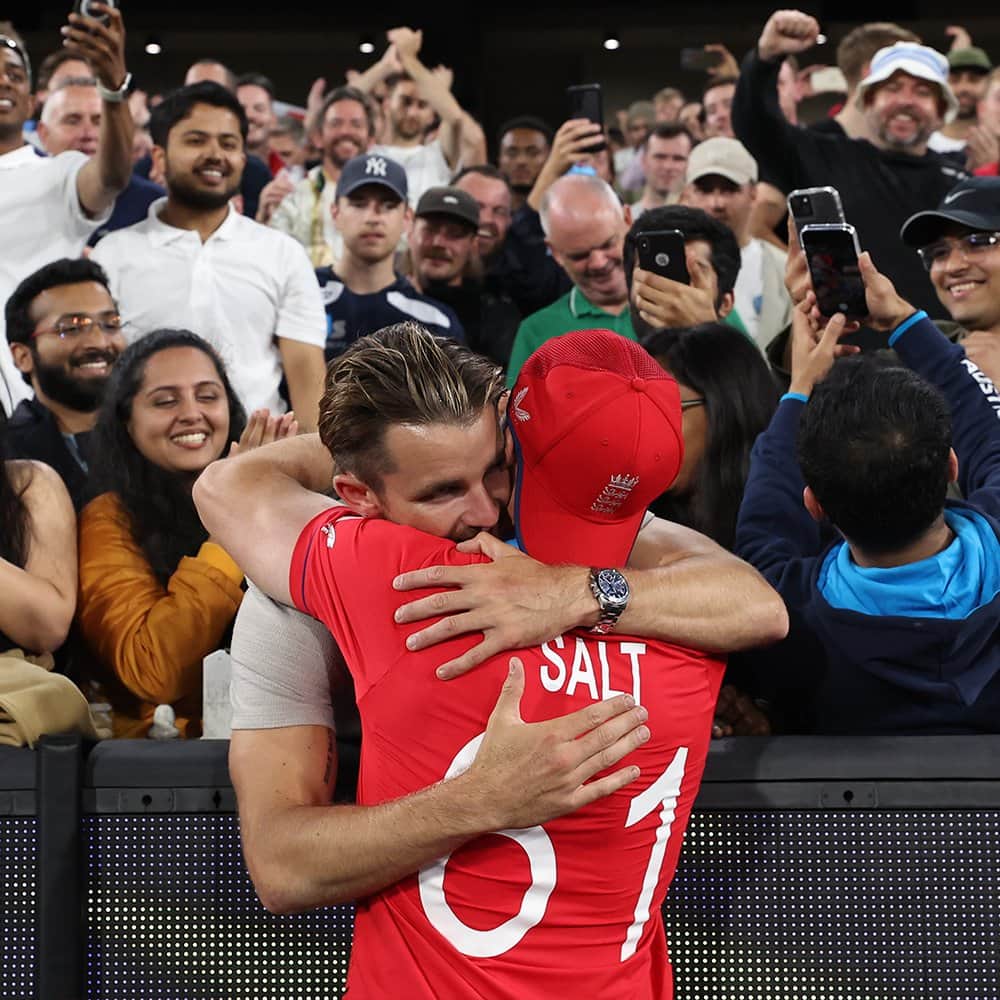 This was the first World Cup match for Phil Salt lived up to the occasion. He made important runs and is a World Cup winner in his first attempt itself. 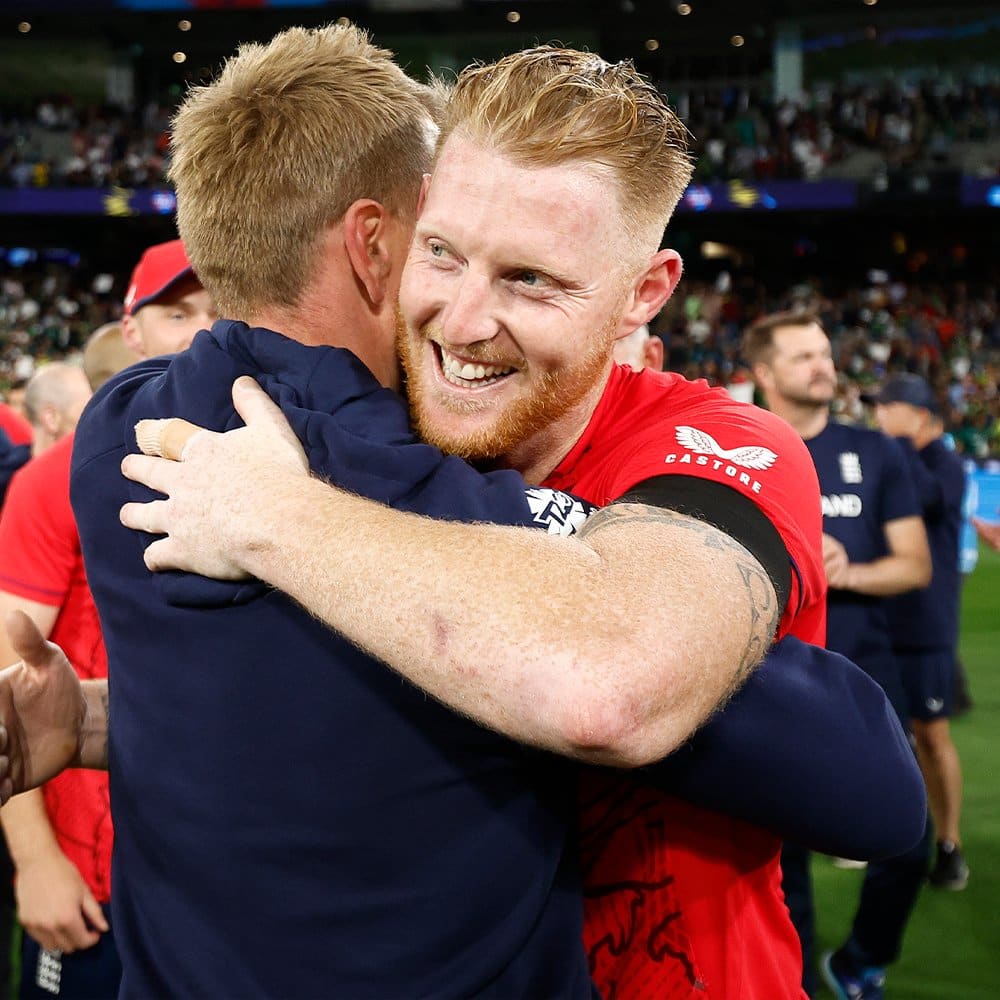 Ben Stokes hit another great shot on a big stage. After the win, the all-rounder met the team's former captain, Eoin Morgan, and gave him a tight hug. Don't forget that Morgan was the captain when England started to become a strong limited-overs team. 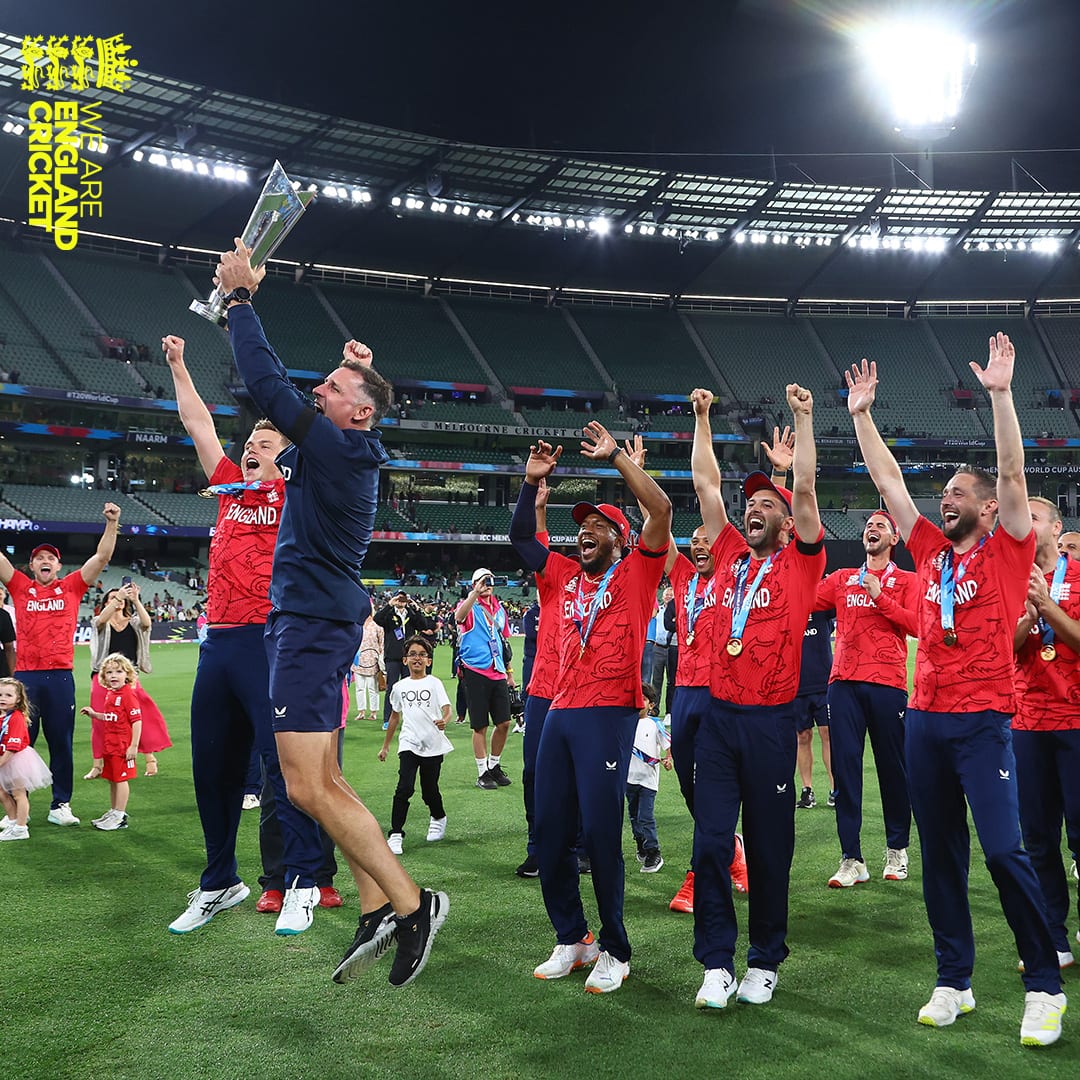 The England cricket team took a picture with the trophy after they won the final game against Pakistan. It is their second time winning the T20 World Cup.