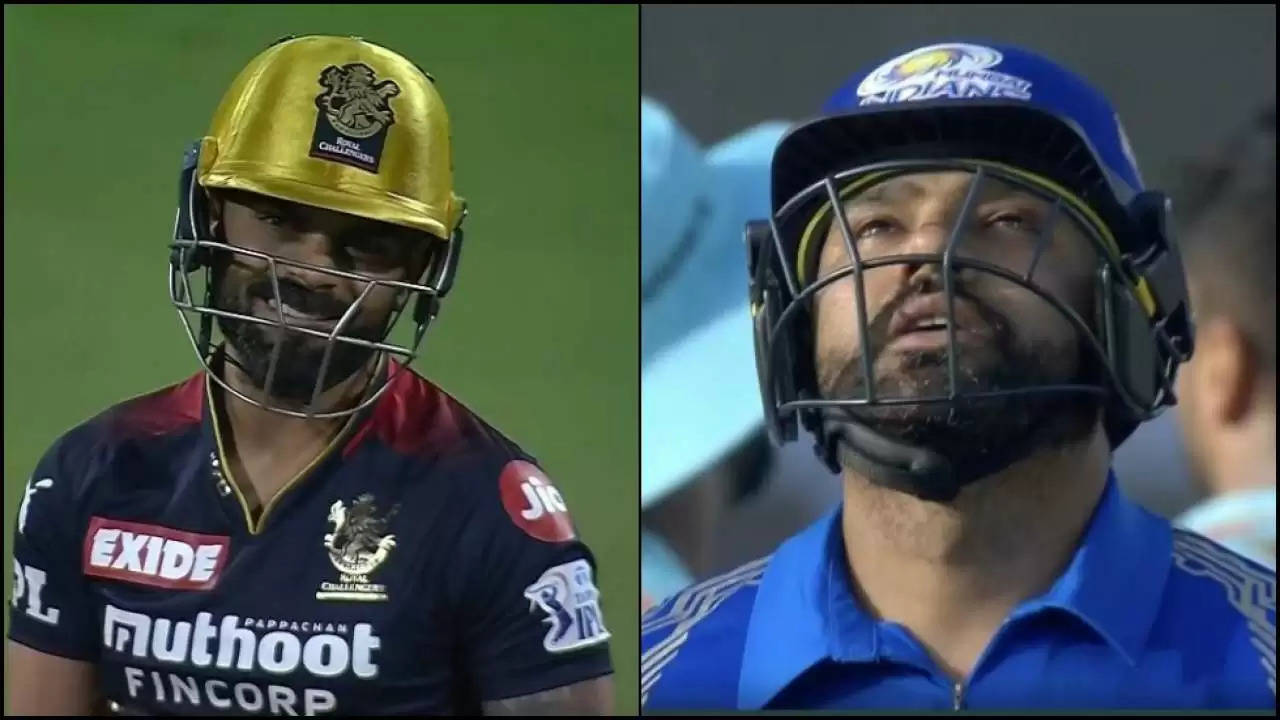 Mumbai Indians (MI)is out of the league after losing eight consecutive matches, but what is even more demotivating is the form of Rohit Sharma and Virat Kohli. They might not be performing today, but one must not forget how hard both Rohit Sharma and Virat Kohli practice and that is the reason they are still the best batsmen today. So let’s support our champions when they need it the most. #TATAIPL #TATAIPL2022 pic.twitter.com/mXRHDau3Qv

Both Virat and Rohit 🫣🫥🚪🐌🏏🦆.. things not going either way.. nothing good comes out of plotting and planning negativity.. may we soon see your bats in full glory #ViratKohli𓃵 #RohitSharma𓃵 #Viratians #ViratKohli

If u keep ipl aside they were the leader's of our national team so think twice before criticizing them.....#RohitSharma𓃵 #ViratKohli https://t.co/m9htGtSQQi

Talking about Kohli, the 33-year-old has only had two 40+ scores from eight matches this season. His best is 48 runs which had come against rock-bottom Mumbai Indians (MI). His other scores include 41 runs against PBKS, 12 runs against Kolkata Knight Riders (KKR), five runs against Rajasthan Royals (RR), one run against Chennai Super Kings (CSK), 12 runs against Delhi Capitals (DC) and two golden ducks against Lucknow Super Giants (LSG) and SunRisers Hyderabad (SRH), respectively.

The Hitman, Rohit Sharma in MI's last game against LSG, scored 39, however, he was dismissed for a duck against CSK. Before this duck, Rohit had scores of 41, 10, 3, 26, 28 and 6 and is yet to register a half-century, much like Kohli.

Despite the poor form of the two senior players of the Indian team, fans are still hopeful and are backing the top performers of the Men in Blue. Many believe the two players are just one good inning away from bouncing back to their scoring nature.

In the TATA IPL 2022, Mumbai came closer to elimination after losing to Lucknow Super Giants, the Royal Challengers Bangalore (RCB), faced were crushed by Sunrisers Hyderabad and bundled out for 68 runs. They lost the game by 9 wickets with 72 balls remaining.