He Has The Talent As Well As The Cricket Savvy To Be The Best In The World-Scott Styris Feels For This Player!! 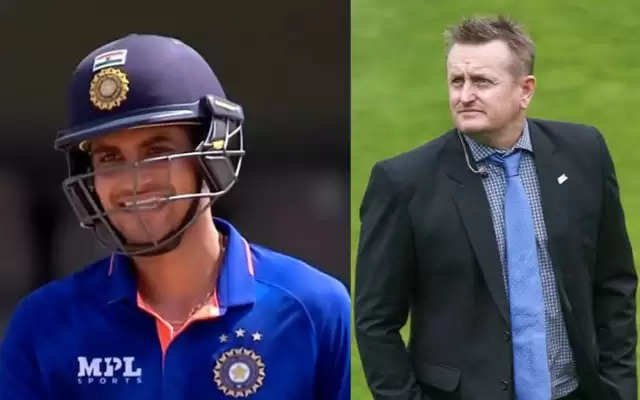 Scott Styris believes that Shubman Gill has all of the necessary qualities to become one of the top batters in the whole world. In the current one-day international series against the West Indies, Gill has played some outstanding innings. In the first game of the series, which took place at the Queen’s Park Oval in Port of Spain, Trinidad, he scored 64 runs off 53 deliveries. He then backed it up with a 43-run knock in the second game, which took place at the same venue on Sunday, July 24. During an interaction on the show “Sports Over the Top” on Sports 18, Styris said,

“Because Gill is such a refined player, I anticipate that his team’s batting average will go up significantly when he plays for India at the highest level. There aren’t many people who are greater supporters of Shubman Gill than I am.”

The former cricket player turned cricket expert continued by saying that he has big hopes for the lanky opener. Styris said:

“Over the course of the last several years, I have advocated for this cause in a fairly outspoken manner. I believe that he has the talent as well as the cricket savvy to be one of the very best in the world.”

When asked about the second One-Day International that India played against the West Indies, Styris said that the opening pair for India got off to a slow start. He went on to explain:

“When compared to other performances in this match, Shikhar Dhawan’s strike rate wasn’t very impressive. They got off to a sluggish start, and even when Shubman Gill was dismissed, their score was only about 60 after 15 or 16 overs. This is not an ideal strike rate when you are trying to score more than 300.”

“It wasn’t because of Shubman Gill, and that’s the most important thing to understand; his strike rate came very close to reaching 100, so he did his bit. If Shikhar had done what was expected of him, India’s run chase would have been much more straightforward.”

In the second one-day international against the Caribbean team, Dhawan scored 13 runs while facing 31 deliveries. Gill, who was at the opposite end of the batting order, scored 43 runs off of 49 balls, which prevented Team India from falling too far behind the eight ball in their chase of a goal of 312 runs.