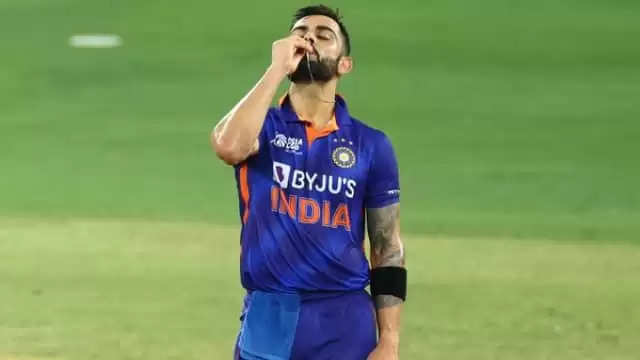 Before this World Cup to be held in Australia in October, India is gearing up to play a three-match T20 series against Australia and South Africa on home soil. All eyes are on Virat Kohli who may break two big records in these upcoming series.

If Virat Kohli scores 98 runs he will become the first Indian to reach the figure of 11000 in T20 Cricket.

Kohli has played 349 matches in T20 cricket so far, during which his strike rate has been 132.95. On the other hand, if we talk about Rohit Sharma, he is second in the list of Indian batsmen with 10470 runs in this format.

If Kohli manages to score 207 runs in the upcoming series against Australia and South Africa, he will break Rahul Dravid’s record to reach the 6th position. Dravid has 24208 runs in 509 matches in international cricket. On the other hand, Sachin Tendulkar tops the list with 34357 runs.