He has realised his potential as batsman- Was not doing Justice till now!! 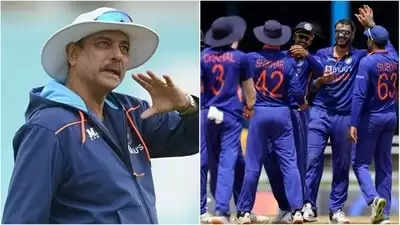 Team India had a massive win over West Indies in the first T20I of the series in Tarouba on Friday limiting the hosts to 122/8 in the 191-run chase.

68-run victory is registered to take a 1-0 lead in the five-match series. The duo of Rohit Sharma and Dinesh Karthik shined with the bat. The bowlers enjoyed an all-around outing with Arshdeep Singh, Ravichandran Ashwin, and Ravi Bishnoi picking two wickets each, while Bhuvneshwar Kumar and Ravindra Jadeja taking one a piece.

India won the first Twenty20 International (T20I) on their tour of the West Indies. This means that they have won every game so far. The team had already won the ODI series against the hosts 3-0 while Shikhar Dhawan was captain. The Windies team fought hard in the first two games, and they were close to winning the second one. However, Axar Patel had a great game with the bat in the last game, which was a must-win for the hosts.

Axar was still not out after hitting 64 runs off of just 35 balls. He hit three fours and five sixes to help India win in the last over. During the 1st T20I, former India head coach Ravi Shastri, who worked closely with Axar during his time there, talked in detail about the player while Ravindra Jadeja, the first-choice player in Axar's position, was batting on the crease.

“Jadeja has improved vastly. He has realised his potential. I think, on this tour, even Axar Patel has realised that he wasn't doing justice to his potential as a batsman. Both of these players have a lot of talent when it comes to the batting department. They will add a lot of balance to the Indian team if they continue in this fashion,” Shastri said during his commentary stint on FanCode. Team India will return for the second T20I of the series on August 1 in St Kitts.