He shouldn't say all this during Asia Cup': India legend on Kohli's jibe!!

After Pakistan defeated India by five wickets on Sunday in the Super 4 match of the Asia Cup, Kohli, addressing the PC, emotional Kohli revealed lack of support when stepping down as India's Test captain saying that no one except MS Dhoni texted him. 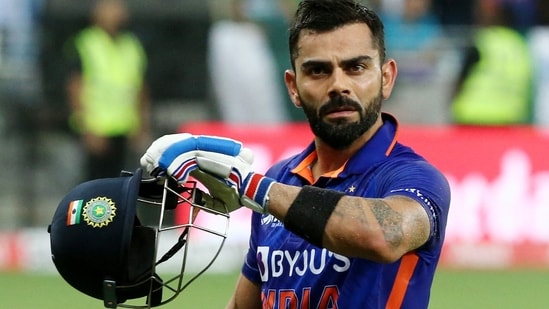 "When I left the Test captaincy, MS Dhoni was the only one among all the cricketers I had played with before who texted me. A lot of people have my number but he was the only one who texted me. It comes from the genuine respect that we have for each other. There is no insecurity from either end in our equation. These things matter. I live my life with honesty and these things matter for me. I just want to say this, if I have to tell someone about their game, I reach out individually. Even if I have to reach out to them, I do it personally," Kohli had said.

"Virat shouldn't have made such a comment at such a time. See you are playing important matches, in the middle of a tournament where you need to qualify for the final. It's great that you have returned to form. Even if someone calls or doesn't call, if you are in trouble you have to work on it. He should have said it a couple of months earlier as well. If you're not in the best of nicks, you have to approach it yourself. Ego shouldn't clash here," Lal said on Sports Tak.

Since returning to top-flight cricket following his six-week long break, Kohli has looked in good nick with scores of 35, 59 not out and 60 in the ongoing Asia Cup. Slowly but steadily, Kohli seems to be getting his groove back and India would be hoping nothing short of the same from their star batter when they take on Sri Lanka later tonight, and then Afghanistan on Thursday with a place in the final up for grabs.