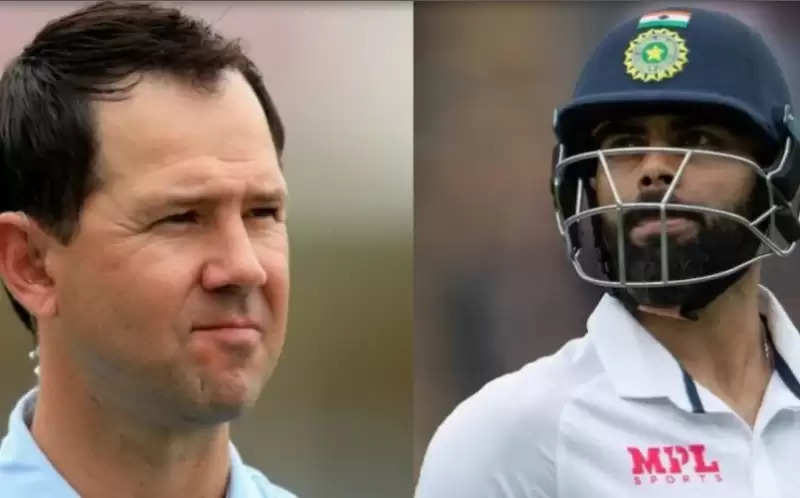 Nowadays Virat Kohli is on everyone's target and this question is being raised again and again. Meanwhile, former Australia captain Ricky Ponting has put forth his opinion on Virat Kohli. "If I were in Team India, I would never have dropped Virat Kohli from the team. In a long interview with the ICC, Ricky Ponting discussed Virat Kohli's current form. "If you drop Virat Kohli just before the World Cup and someone will come in his place and things become good for him, then it will be very difficult for Virat Kohli to come back.'' "If I were the Indian team, I would have stayed with Virat because I know about such a phase. As coach-captain, it will be my endeavor to reduce all the pressure from Virat Kohli so that he enjoys things and starts scoring runs.

Virat Kohli has not been able to score a single century for the last two and a half years, that is why there is talk of dropping him from the Test team first and then from the T20 team. On Virat Kohli's latest form, Ricky Ponting said, "If I were the captain of the opposition, I would have been scared of Team India because Virat Kohli is in the team. Maybe it would have been a concern for me that he is not on my team.'' I know there are difficulties for them right now, but it happens to every player. Be it a bowler or a batsman, at some point in time, he faces such a phase.