"I remember telling Rishabh Pant something during the Nidahas Trophy. He was like, "What?" 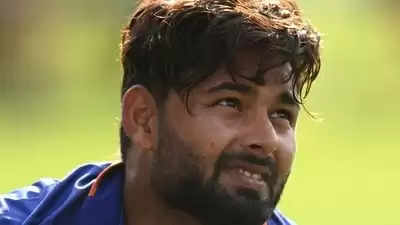 Rishabh Pant is a dynamic batter, a star wicketkeeper, a captain, a mood-lifter, a record-breaker, a maverick, and a lot of other things. He is great whether he is batting, keeping wicket, or just being there. When you add in the funny and clever one-liners he says while standing behind the stumps and giving advice to bowlers, Pant is a great showman. But among all of these, Pant's athletic skill is one of the most unique things about him that often goes unnoticed. Pant is very good at acrobatics. Former India strength and conditioning coach Shankar Basu was the first person to notice this.

"I remember seeing Rishabh in Sri Lanka. He came to the Nidahas Trophy and before in the West Indies. In the NidahasTrophy, I remember telling him that you know you're an extraordinary gymnast. Please call your gymnastics coach and thank him for what you are doing now. He was like 'What?'. He was flummoxed. He can do a kip-up, front flip, backflip. You must have seen it in television. And he has got that explosive ability because of that," Basu told YouTuber Ranveer Allahbadia on his YouTube channel BeerBiceps.

Pant did a famous kip-up during the home Test series between India and England in the first half of last year. Basu thinks that gymnastics is a very important part of an athlete's growth. In fact, a former member of India's coaching staff said that a former cricketer and his son are still benefiting from it. This shows that gymnastics could be what sets Pant apart from the rest of his peers.

"I think he has done a lot of gymnastics in his formative years. Same thing with Sridharan Sriram's son. He wanted to start training. I said 'Sriram, put him in gymnastics', and apparently, he is playing very well now. Gymnastics play a major role in the development as an athlete. Not all of them will get the opportunity to do that, but if you are able to from a very young age, nothing like it," he mentioned