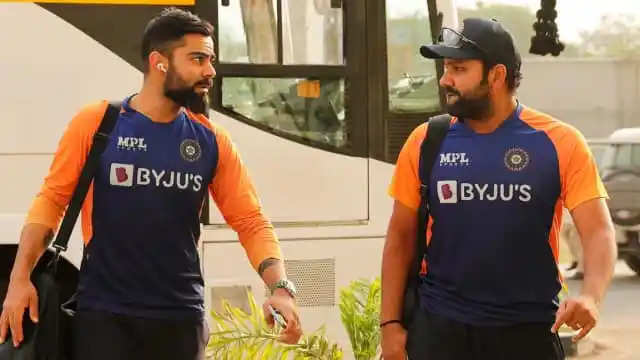 In the third game of the three-game T20I series, which was played on Tuesday, India beat West Indies by seven wickets. This was thanks to Suryakumar's brilliant innings. In the second match, India lost by five wickets. But India took a 2-1 lead in the series after they played well in the third game. In this game, captain Rohit Sharma got hurt while batting. But before he was taken out of the game because he was hurt after only 5 balls, Rohit Sharma passed Virat Kohli in a special record for T20 captains.

Rohit Sharma beat Virat Kohli's record for the most sixes hit by a captain in the shortest form of cricket. Rohit did this in the third game between India and West Indies. Rohit and Kohli had both hit 59 sixes before this match. But Rohit beat this record in the third match by hitting a six. Rohit hit a six off Alzarri Joseph in the second over of the third T20I. Rohit went back to the pavilion with a back spasm after making 11 runs on the fourth ball of the same over.

Team India won the toss and chose to bowl first because they were playing their second game in 24 hours. Even though the West Indies team got off to a good start, in 20 overs, they could only score 164 runs and lose 5 wickets. Between them, Brandon King and Meyers put up 57 runs in 44 balls. With 165 runs to get, captain Rohit Sharma pulled a muscle in his back and had to leave the game after just 5 balls. After that, Suryakumar, Pant, and Shreyas all played important roles in India's victory.