If you can't score a fifty in 14 games: Kapil Dev questions Rohit's form!! 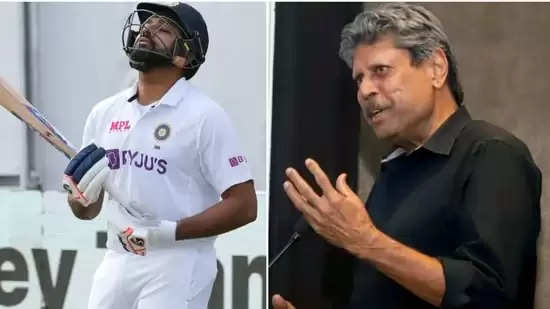 Rohit Sharma may be among the finest timers of the ball but the elegant right-handed batter went endured his worst season, failing to score a single half-century for the first time since his debut in the inaugural edition in 2008. He could score just 248 runs at an average of 19.14 and a strike rate of 120.17 in 14 outings. 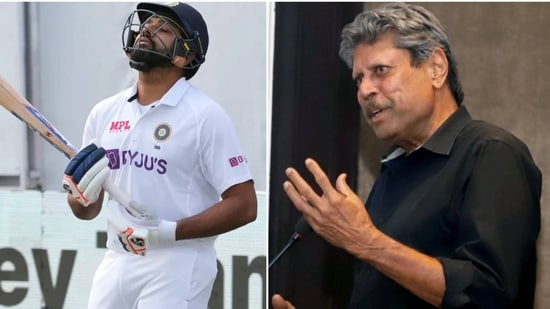 Under Rohit, five-time IPL winner lot of things didn't go his way but Rohit is all set to lead India in his first overseas assignment. India and England are set to lock horns in the rescheduled fifth and final Test in Birmingham on July 1.

Rohit, who was given rest for the T20I series against South Africa at home, to get started afresh and get runs under his belt. In the first four Test matches in England, he had amassed 368 runs in 4 Tests, including a hundred and two fifties – a testament to his batting prowess irrespective of conditions. But his recent batting numbers speak otherwise.

“It’s hard to know today who has been rested or asked to be rested. Only selectors will know about this," Kapil said on UnCut.

“The player (Rohit) is brilliant, no question about that. But if you don’t score a fifty in 14 matches, questions will be raised, be it Gary Sobers, Don Bradman, Virat Kohli, Sachin Tendulkar, Sunil Gavaskar or Viv Richards. Only Rohit can answer that what’s happening. Is it too much (cricket) or has he stopped enjoying it?"

“Players like Rohit and Virat (Kohli) should enjoy the game. How they feel is very important (for their performances)."

Kapil also spoke and predicted it will be 'impossible' for critics to remain quiet if the Indian pair continues its mediocre form.

Kohli's batting slump even led to former players including Brett Lee and Ravi Shastri feel that the star cricketer should take a break to "freshen up the mind".

“You have to score runs (to get back in form). You cannot go too far based on reputation alone. Eventually, the opportunities will get dried up. How many chances would you need after 14 games? Can’t understand why they’re rested. If dropped, where they will get a chance to play then? It’s quite difficult to see how they play now," Kapil further said