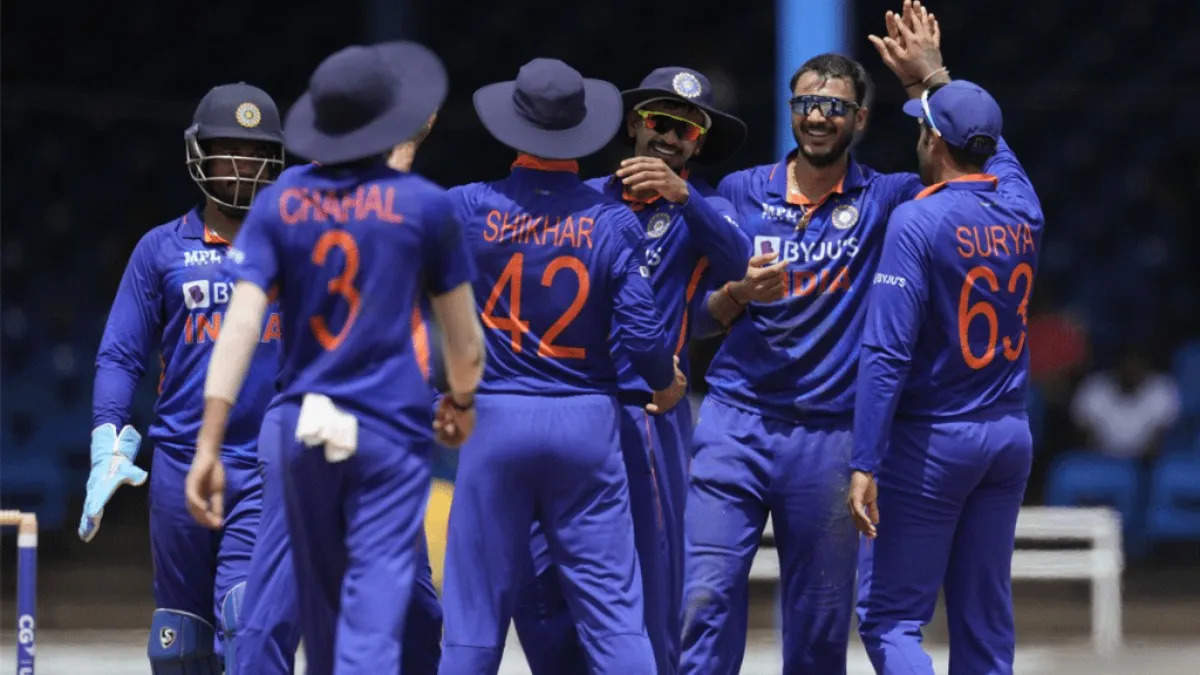 India leads the series 2-0 after winning the first match by 3 runs and the second by 2 wickets. The West Indies lost their ninth straight ODI on Wednesday. 137 out of 226 in 36 overs.It was only the second time, India whitewashed the West Indies in a men’s ODI series.

India won the toss and chose to bat first. Its innings began in cloudy weather, but each team had the chance to play 50 overs. After the first 10 overs, Gill and Shikhar Dhawan led the team to a score of 45-0. Gill got to 50 off 60 balls in the 22nd over, when India was already up 112. Shortly after that, at 113, West Indies captain Nicholas Pooran caught Dhawan at midwicket off Hayden Walsh's ball.

After the 24th over, when India was at 115-1, it started to rain. It rained for more than two hours, and when play started again, each team had only played 40 overs.

India scored 110 runs in 12 overs, but then it started to rain again, which ended their innings in the 36th over.

Gill gave up the strike at the end of his turn, which may have cost him his first hundred in ODIs. Seven fours and two sixes made up his 98. Dhawan made 58 from 74 balls, and Shreyas Iyer gave the innings a boost with 44 from 34 balls right before the rain break.

Brandon King (42) and Nicholas Pooran (42) did their best for the hosts, but they lost in the end. For the Men in Blue, Yuzvendra Chahal took four wickets.