Kohli may score a cheap century in Zimbabwe but that won’t mark a change!! 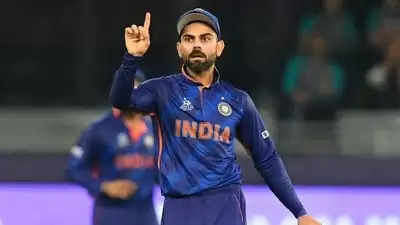 Former captain Virat Kohli's absence from the whole West Indies tour is still one of the most talked-about things. Even though BCCI didn't say why Kohli wasn't there, it is said that the former captain was given a break. But with the T20 World Cup coming up in less than three months, wouldn't it be too risky to rest a cricket player who hasn't been playing well for a while?

When India announces its team for a three-game ODI series against Zimbabwe in August, the picture might become a little clearer. Will Kohli return? And if he does, should his performance against a weak bowling attack be used to judge him? Scott Styris, a former all-rounder for New Zealand, said it's a "lose-lose situation" for Kohli. Styris thinks that Kohli's situation won't change much even if he gets a hundred in Zimbabwe.

"I think it is a lose-lose for Kohli. I'd love to see him take a complete break from the game for a little while and come back. Ask the question as selectors and coach Rahul Dravid, I think he's got a big part to plan as to how much preparation time you need to be at a hundred percent when the world cup starts and then work backwards from there and then build that schedule. So yeah, Zimbabwe, I'd forget about it because I don't necessarily think there's a lot to gain from him. He might score a cheap hundred, which goes great for the confidence but doesn't necessarily change too much moving forward because I still believe he's the key man for India,” Styris said on Sports18’s show ‘Sports Over The Top’.

The former New Zealander said, “Firstly, I loved hearing what a selector goes through in the process that they don't just simply pick a team or pick the best players. There's a real methodology around how they go about putting a team together. I can tell you there are plenty of times I wish I could have a conversation with our selectors back here in New Zealand about certain things. So, I loved hearing that, but I'm with you a hundred percent," he added.