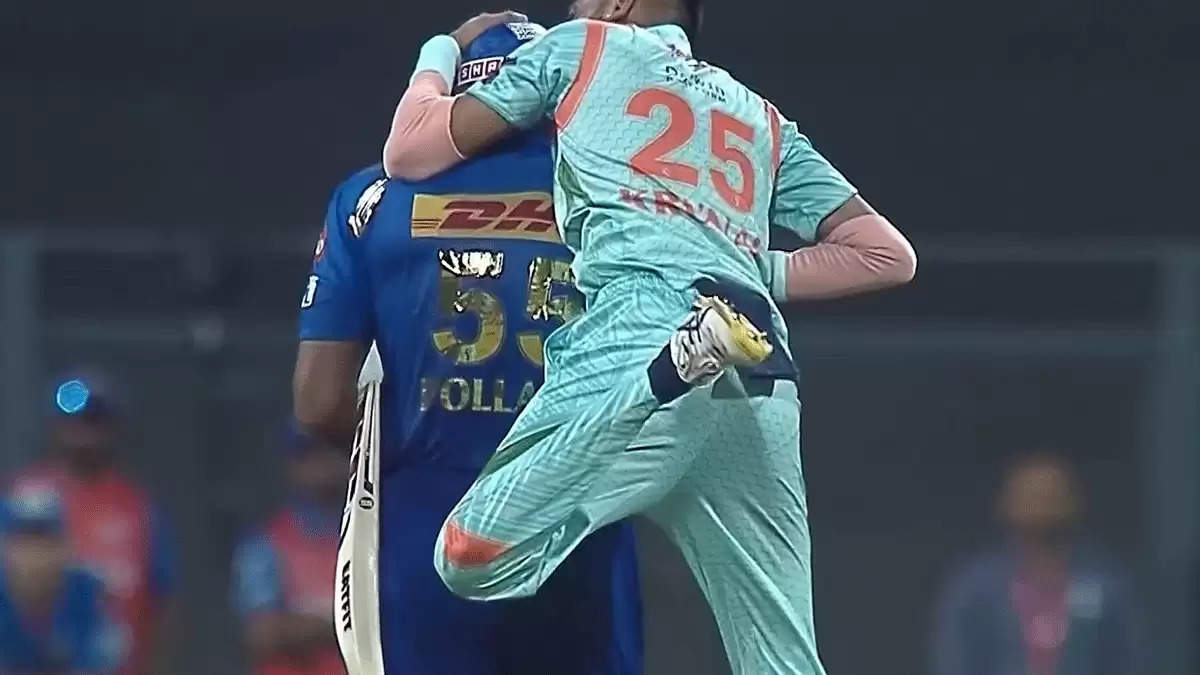 He was ecstatic after dismissing Kieron Pollard and was over the moon and revealed the reason.

“I thank God for getting the wicket of Pollard, or else he would have talked about it a lot for taking my wicket – so it is 1-1”.

While Krunal scored 1, Pollard managed 19 runs. The game went in favour of LSG, who won the match by 36 runs.

KL Rahul, was named the Man of the Match for scoring an unbeaten 103, his second century of the season.

Chasing 169, MI lost regular wickets and could manage just 132/8 in 20 overs. The five-time champions are still winless in the tournament.