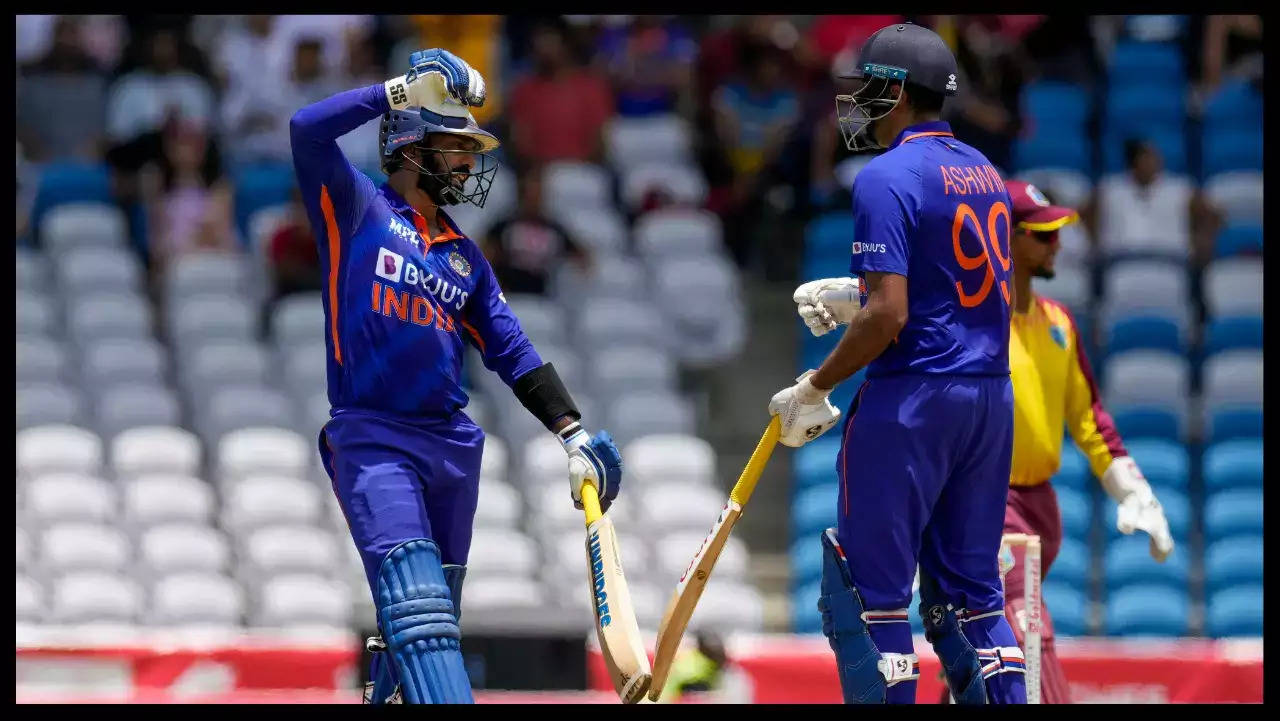 Former Pakistan captain Salman Butt gave Dinesh Karthik a lot of praise, but he also made a sneaky dig at the Pakistan Cricket Board (PCB). The former opening batsman for Pakistan praised senior Indian batter Karthik for his innings that won the game against the West Indies in the current five-match T20I series. In the 1st T20I on Friday, Rohit Sharma led Team India to an impressive win over the West Indies thanks to Karthik's important cameo.

In the first game of the series against the West Indies, Karthik hit a beautiful 41 off 19 balls to help India get a score that was hard to beat. In the 20-over game, Team India got to 190-6 thanks to Karthik's quick-fire knock. India's captain, Rohit, scored the most runs with 64 off of 44 balls. Karthik and Ravichandran Ashwin were still unbeaten with 41 off of 19 balls and 13 off of 10 balls, respectively, after India chose to bat first in the first game of the series.

Speaking on his YouTube channel about India's comfortable win over the West Indies in the 1st T20I, Butt joked that Karthik can’t even play domestic cricket at the age of 37 in Pakistan. “Luckily, Dinesh Karthik is born in India. At his age, he can’t even play domestic cricket in Pakistan,” the former Pakistan skipper said. Butt feels the Indian think tank is "damn serious" about their bench strength ahead of the T20 World Cup. Saluting the batting brilliance of Karthik, the former Pakistani cricketer and full-time cricket pundit praised Shubman Gill for his exceptional run in the One Day International (ODI) series against the West Indies.

“Youngsters are playing very well for India. They are damn serious about their bench strength for years to come. They have constructed an amazing team. Shubman Gill was quite impressive [in ODIs]; Dinesh Karthik is playing as a finisher [in T20Is]. The batsmen in between like Suryakumar Yadav improving day by day, Shreyas Iyer is available. Arshdeep Singh is bowling well. Overall, there is plenty of talent,” the former Pakistani cricketer added.