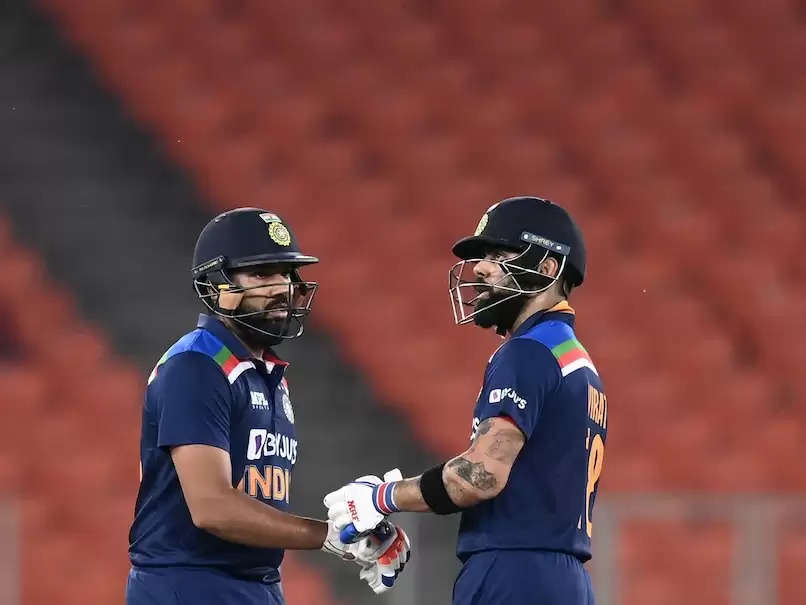 Virat Kohli saw his third golden duck of the ongoing Indian Premier League (IPL) 2022 season against SunRisers Hyderabad on Sunday and the debacle broke on whether the batter should take a break to rejuvenate himself.

The idea was suggested by former Team India head coach Ravi Shastri who has followed Kohli from close quarters. It was even discussed on-air by Harsha Bhogle, Matthew Hayden, and Sunil Gavaskar while they were doing commentary for the match between RCB and SRH.

During the second over of the match, Harsha Bhogle raised Ravi Shastri's point, saying: "Ravi Shastri suggested that Virat Kohli needs a break."

To this, Matthew Hayden said Shastri says the same about Rohit Sharma, who has also not been able to fire in the ongoing IPL edition.

"Does he say the same about Rohit Sharma? I mean these guys are playing cricket all the time, of course, these tournaments, come around so quickly, you get yourself into a mental space and Kohli has been brilliant at it for so many years, so animated, so passionate. To come off that though just for a moment and you are under pressure," said Hayden while on-air.

"It takes so much courage as well, no player ever believes that they can go to the selector and go, 'sorry, I need to be out' because you wanna play, you wanna be that person to take control of the innings. It is so frustrating when you are getting into a little rut, you cannot find ways out. Sometimes it can be an explosive cover drive, a great pull shot or in Virat Kohli's case, just a fantastic one or two with hard and positive body language like David Warner,” he added.

"The only reason I brought that up, Ravi and Virat have known each other so well over the last 3-4 years, have run a lot of campaigns together, been very good at Test cricket. He knows the inner mind," Bhogle replied to Hayden

Giving his opinion on the matter, Sunil Gavaskar said: "As long as the break does not mean that you are missing India matches. India matches have to be No.1 every single time, as simple as that."

Jagadeesh Suchith sent Kohli back to the pavilion for a golden duck against SRH. This season, Kohli has only 216 runs in 12 games. Kohli now has a golden duck in the IPL for the sixth time in his career.