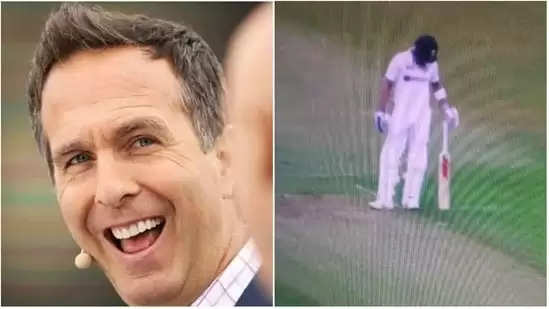 During a four-day warm-up match against Leicestershire, which got postponed after multiple Covid-19 cases in the Indian camp and will now be played in Edgbaston. 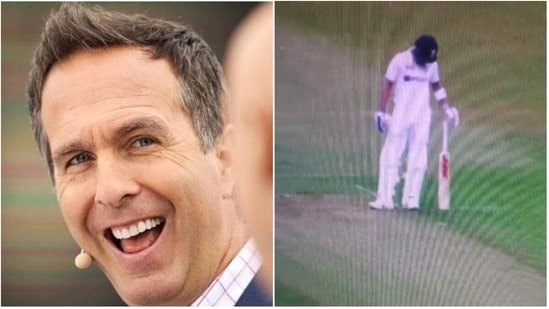 On the first day, India had a mixed day as the side ended at 246/8 in 60.2 overs before rain eventually halted the action.

Most of the players went unimpressively except Wicketkeeper-batter Srikar Bharat remained unbeaten on 70 and Virat Kohli looked promising but he was dismissed on 33 off 69 balls.

When the batter was caught on camera appearing to try to replicate Joe Root's enchanted "bat-balancing" trick during Kohli's innings, the fans on Twitter took notice. Root miraculously got the bat to balance in the air without touching it during the first Test of the series against New Zealand earlier this month.

The same thing was attempted by Kohli as well, but he eventually gave up and returned his attention to the action in the crease. Michael Vaughan, a former England captain, had a humorous perspective on the incident and made reference to the similarities between the two batters. Joe and Virat are not competing in the same bat-balancing league, Vaughan penned.

India's captain Rohit Sharma had previously won the toss and chosen to bat. Shubman Gill's early departure after a quick 21 was a blow to the team, though. Six overs later, Rohit was also out for 25 after misfiring on a pull shot. Hanuma Vihari (3), Shreyas Iyer (0), and Ravindra Jadeja (13) all left India at 81/5 at one point after cheap departures.

Then, after a 57-run partnership between Kohli and Bharat, Umesh Yadav (23) and the wicketkeeper-batter combined for 64 runs for the eighth wicket. Shami was still unbeaten at 18 along with Bharat.