Mohammad Shami Takes HUGE Jibe At Shoaib Akhtar at the loss of Pakistan in World Cup Final To England!! 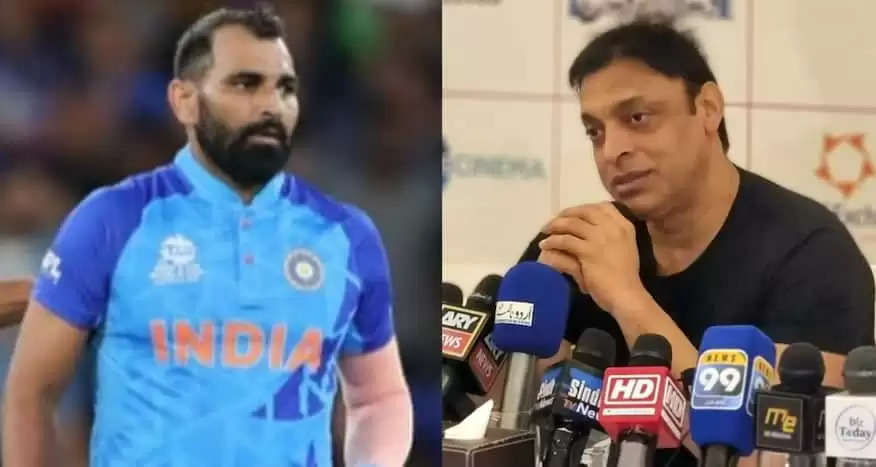 Ben Stokes, an all-rounder, kept his cool and hit an unbeaten 52 to help England win the Men's T20 World Cup with a five-wicket win over Pakistan in the final on Sunday at the Melbourne Cricket Ground.

Six years after Carlos Brathwaite hit Stokes for four consecutive sixes in the last over of 2016 final in Kolkata, leaving Stokes heartbroken, Stokes finally made up for it by stepping up in a big game and helping England win their second T20 World Cup.

Pakistan legend Shoaib Akhtar took to Twitter and posted an update with a ‘heartbreak’ emoji over the defeat of Pakistan.

India lost to Pakistan by a huge 10-wicket margin in the Semifinal, which England won. The Men in Blue got trolled by a lot of people, especially Pakistani fans, celebrities, and even cricketers who got into heated conversations on social media. With this win, England becomes the first team in the history of men's international cricket to hold two World Cup trophies at the same time. Stokes was a key player in England's win in the 2019 ODI World Cup final at home, where "Sweet Caroline" was played at the MCG.