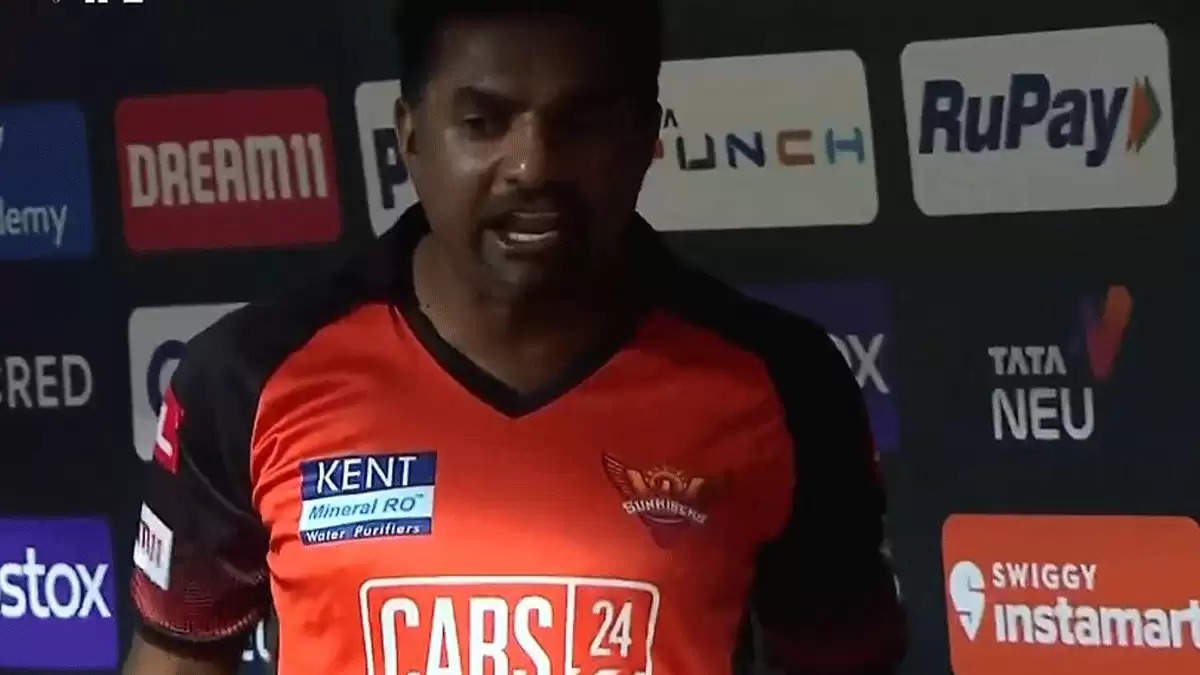 Spin coach of Sunrisers Hyderabad, Muttiah Muralitharan, was seen shouting in frustration as his side conceded a five-wicket loss to Gujarat Titans at the Wankhede Stadium.

With 22 required off the final over to win the game, both Rashid and Tewatia evaded Umran Malik’s bowling to take their side home in the last over.

Rashid Khan and Rahul Tewatia hit four sixes off Marco Jansen’s final over to seal the game in their team’s favour. Over this Muralitharan lost his cool and expressed frustration at Jansen for bowling full-length deliveries.

This IPL is a great tournament pic.twitter.com/2sEhV2dRMP

Rashid and Tewatia scored unbeaten 31 and 40 respectively to spoil Umran Malik’s figures of 5/25 in the game.

Claiming this win Gujarat Titans sits at the top of the table with 14 points in eight games. Sunrisers are third with 10 points.