Must have a watch on Dravid, Kishan's animated reactions during Ind vs WI thrilling last over!! 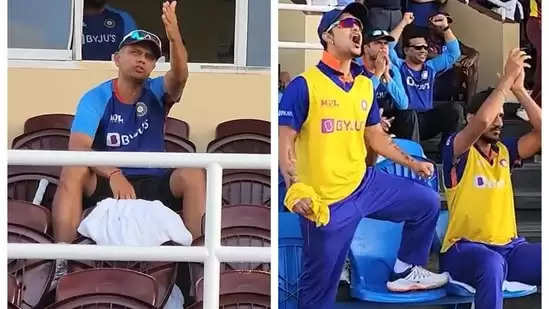 The former India captain and current head coach, Rahul Dravid who is generally not expressive was seen having an animated discussion with batting coach Vikram Rathour while opener Ishan Kishan was busy cheering Siraj in the first India-West Indies ODI at Port of Spain. 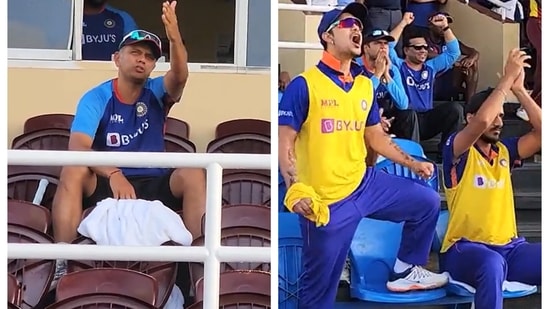 The West Indies players were also not far behind. Upbeat by the streaky boundary, they were egging Shepherd on to hit the winning runs.

The big all-rounder snuck a couple off Siraj's fourth delivery, another good yorker aimed at his pads. Sanju Samson saved the day when Siraj missed the mark by a long shot and would have had four wides if he hadn't been there.

No shortage of action & emotions! 🔥 👌

🎥 Scenes as #TeamIndia seal a thrilling win in the first #WIvIND ODI in Trinidad 🔽 pic.twitter.com/rkpiPi3yOQ

No shortage of action & emotions! 🔥 👌

🎥 Scenes as #TeamIndia seal a thrilling win in the first #WIvIND ODI in Trinidad 🔽 pic.twitter.com/rkpiPi3yOQ

It came down to five runs on the final pitch. Siraj's shot was on target, while Shepherd's missed. India won by three runs to take a 1-0 lead in the three-match series. They had a bye in the first game.

Indian cricketers ran to congratulate pacer Siraj as Kishan and others in the dressing room jumped for joy.