After Men In Blue’s ouster from the T20 World Cup 2022. The star cricketer Virat Kohli finished as the top run-getter in the tournament with as many as four fifties to his name. 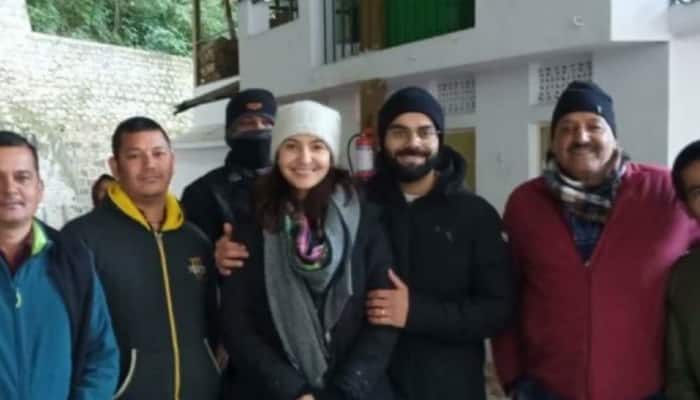 On reaching India, Kohli visits a temple in Nainital where he went with his wife Anushka Sharma. The couple was spotted at a temple for seeking the blessings of the god, met and clicked pictures with the star couple. These pictures have been going viral on the internet.

So Virat Kohli and Anushka Sharma visited this temple in Nainital 🧡 pic.twitter.com/LUkS5xFOUc

So Virat Kohli and Anushka Sharma visited this temple in Nainital 🧡 pic.twitter.com/LUkS5xFOUc

Virat Kohli with a fan in Nainital. pic.twitter.com/bBp8E2cp0w

The temple that the couple visited is located in Kaichi Dham of Nainital. Kohli wanted break immediately after the World Cup. In fact, Kohli, Rohit Sharma, KL Rahul and Mohammed Shami are all missing from action. The reason is that some of the players wanted a break. Also, the selectors are now looking to pick only the youngsters or the T20 specialists for the shorter formats.

The former Indian captain will be back for the Test series vs Bangladesh. In Bangladesh, India will play 2 Test matches and 3 ODIs respectively.