Former Pakistan captain Shoaib Malik wished his wife Sania Mirza on her 36th birthday on social media. “Happy Birthday to you @MirzaSania.  Wishing you a very healthy & happy life! Enjoy the day to the fullest...” Malik posted on Twitter on Monday (November 14) night amidst of divorce rumors. 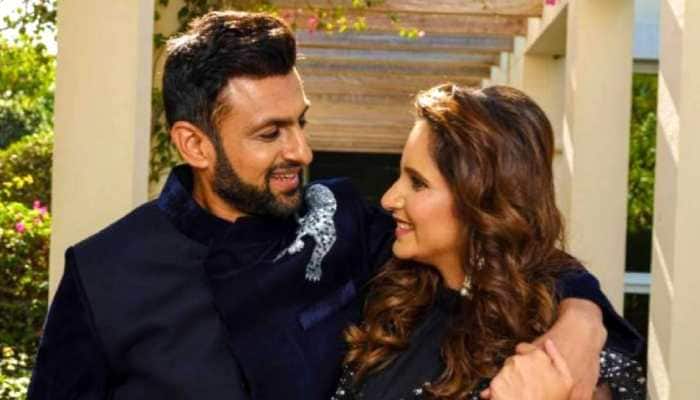 Indian tennis sensation will possibly appear in her final Grand Slam tournament next year. Sania had planned to retire from tennis at the US Open 2022 but had to miss the Grand Slam with an injury.

Happy Birthday to you @MirzaSania Wishing you a very healthy & happy life! Enjoy the day to the fullest... pic.twitter.com/ZdCGnDGLOT

There have been rumours of Shoaib Malik’s alleged affair with Pakistan actress Ayesha Omar. Amid this speculation the OTT platform Urduflix, on Saturday, took to their Instagram handle and announced that Sania and Shoaib are coming up with their show titled ‘The Mirza Malik Show’.

Sharing a poster of the show featuring the star couple, the post read, “The Mirza Malik Show very soon only on Urduflix.”

The poster shows Sania and Shoaib standing in front of a green wall with her hand on his shoulder leaving netizens confused.

Shoaib and Sania got married in 2010 and have been staying in Dubai ever since. They welcomed their son Izhaan in 2018. Recent reports claim Shoaib and Sania have allegedly ended their 12-year-long marriage and co-parenting their son. The couple has not commented on the rumours yet.