Team India experiments a lot while choosing Captain, Pakistan Team is much better than India!! 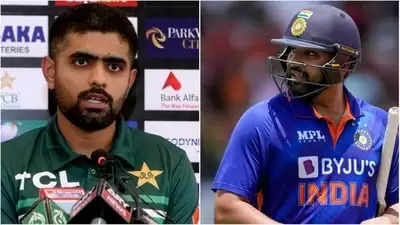 The India and Pakistan men's cricket team will head on each other in the 2022 Asia Cup on August 28. Both sides haven't met on the field since the last year's T20 World Cup, after Pakistan's win over India. however, India has made significant changes in their playing style in the shortest format in the pattern of captaincy. However, former Pakistan captain Rashid Latif still believes that Babar's men will have an upper hand when they take on India in the Asia Cup clash in Dubai.

Speaking in detail about both sides on his official YouTube channel ‘Caught Behind’, Latif said India's continual changes in captaincy, coupled with inconsistent appearances of star players like Rohit Sharma, KL Rahul, and Virat Kohli could cost them the tie against Pakistan.

“Win or loss is different. But I think Pakistan's strategy is looking much better. There are not many changes in the Pakistan side, whether it's T20I, ODI or Test. When you look at India, they have had around 7 captains in the past year, which is quite inappropriate in present situation," Latif said.

“Kohli isn't there, Rohit and Rahul were injured. Hardik Pandya, Rishabh Pant came as captains, Shikhar Dhawan (ODI) also came as a captain. They would have some problem making their best team. It is no doubt that India have the best players but they can't make their best-16, and I think they would have problems even forming their best XI,” the former Pakistan wicketkeeper further added.

Concluding his argument, Latif added that Pakistan had won because of India's “mistakes” in the T20 World Cup last year, and that he won't be surprised if it happens again.