This player is becoming a father again for 2nd time!! 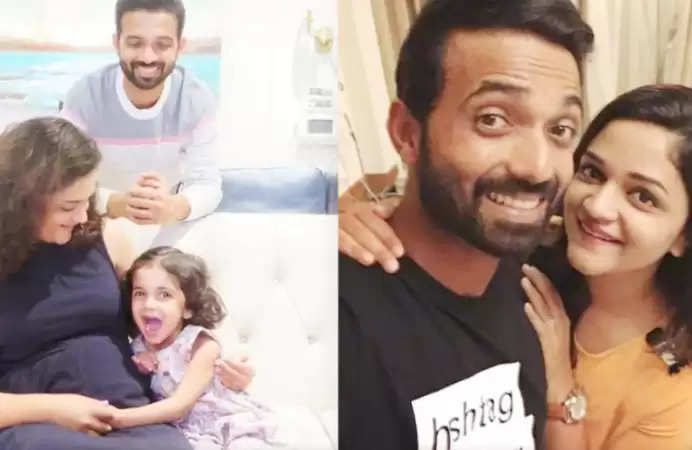 Indian cricket team's batsman Ajinkya Rahane has informed telling that he is going to be a father for the second time. Sharing a photo on her Instagram post, Rahane's wife Radhika shared the good news. In the photo, Radhika is seen with a baby bump. In the photo, the three look very happy. Through this post, Radhika has also disclosed when this new guest will arrive at her residence. In addition to the post, Radhika has also written the month in which her home will echo. The current month is October. Let us know that the Deepavali festival will also occur on October 24. This Diwali, the joy at Rahane's home will be doubled under these circumstances. The Indian Premier League (IPL) team Kolkata Knight Riders (KKR), Rohit Sharma's wife Ritika, Mayank Agarwal's wife Ashita Sood, Jasprit Bumrah's wife Sanjana Ganesan, and Ravichandran Ashwin's wife Preeti have all responded to Radhika's post.

Ajinkya Rahane married Radhika Dhopavkar on September 26, 2014, according to Marathi traditions. Five years later, in 2019, they welcomed a daughter into the world. Rahane has kept his daughter's name Arya. Arya was born on October 5, 2019, according to the Gregorian calendar Now, in October, three years later, the second child will also be born.