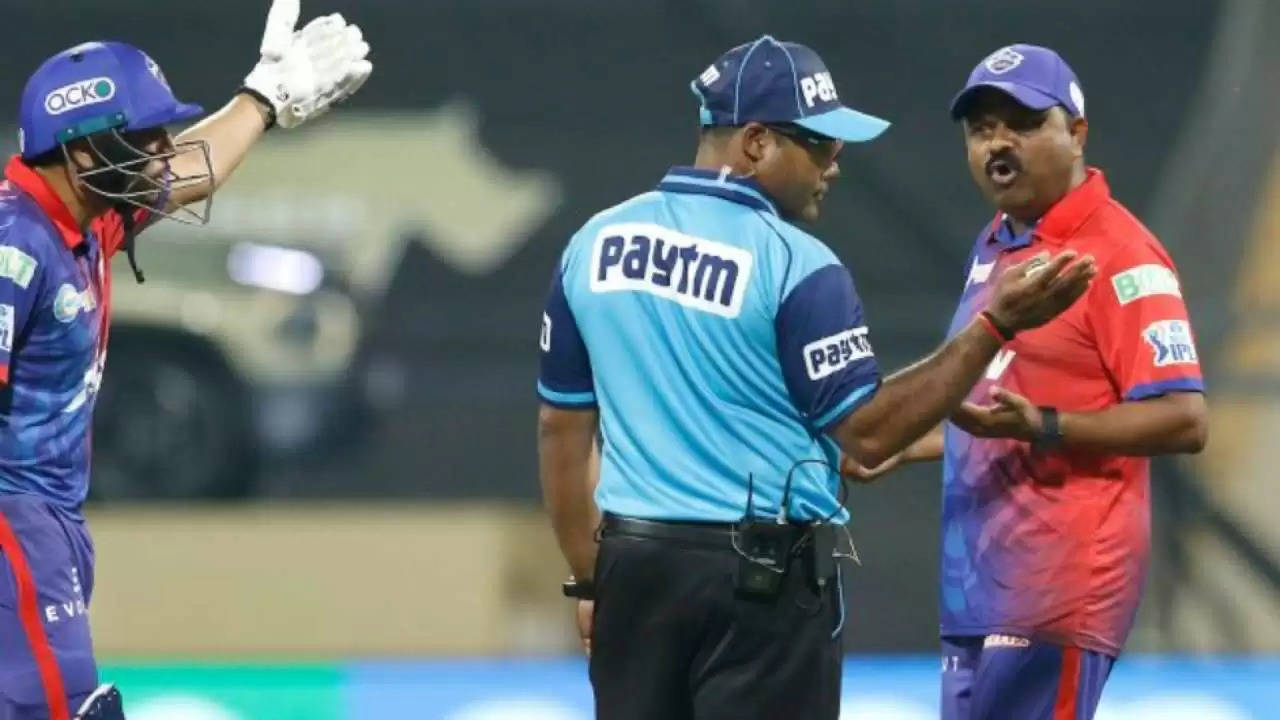 The assistant coach of the Delhi Capitals, Shane Watson was not happy with Rishabh Pant and Pravin Amre, who ran on the field after umpires refused to signal the waist above full toss a no-ball. Ball being bowled at waist height, the umpires refused to call it a no-ball, which led to Rishabh Pant and other members of the DC camp becoming furious.

With the DC players and the coaching staff continuing to protest over the matter, the crowd at the Wankhede Stadium started chants of "Cheater... Cheater...". The chants only increased after the umpires refused to involve the third umpire in the matter.

Crowd screams "Cheater"
A clear #Noball not given to the #DC team
Umpire?
couldn't even refer?#IPL #cheater #umpire #DCvsRR pic.twitter.com/Rs8LtaUyIj

Crowd screams "Cheater"
A clear #Noball not given to the #DC team
Umpire?
couldn't even refer?#IPL #cheater #umpire #DCvsRR pic.twitter.com/Rs8LtaUyIj

Rajasthan won the match by 15 runs in the end. On the first three balls of the 20th over of the innings, RR bowler Obed McCoy was hit for 18 runs.

While many critics believe that the third umpire should have been called to investigate the incident, others believe that DC captain Rishabh Pant's reaction after ordering his players to leave the field was excessive.

"I think they were bowling well throughout the game but in the end, Powell gave us a chance, I thought that no-ball could have been precious for us but it is not in my control. Yes, disappointed but can't do much about it. Everyone was frustrated (in the dugout) that it was not even close, everyone on the ground saw that, I think the third umpire should have interfered and said it was a no-ball," said DC skipper Pant on the matter.

As for the points table, with the victory, Rajasthan Royals climbed to the top spot while DC remained in the 6th position