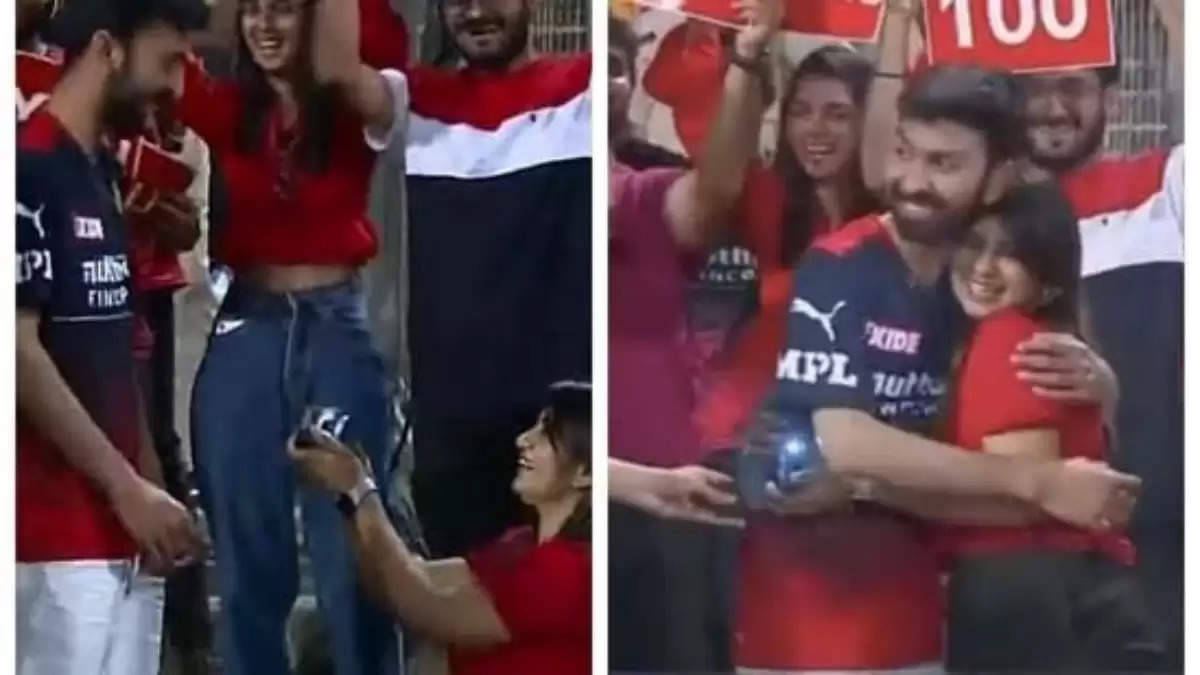 During the Royal Challengers Bangalore and Chennai Super Kings’ match, a young couple managed to grab attention from the commentators and fans. A video of girl gone viral when seen proposing her boyfriend. This lovely moment drew a reaction from Wasim Jaffer.

The incident happened during the 11th over the CSK innings when lenses caught the girl getting down on her knees to offer ring to her partner, who accepted it amid applause and cheer from the crowd.

“Smart girl proposing an RCB fan. If he can stay loyal to RCB, he can definitely stay loyal to his partner 😉 Well done and a good day to propose,” tweeted Jaffer.

Royal Challengers Bangalore sits at fourth place in the Indian Premier League with a 13-run win over Chennai Super Kings on Wednesday.

Chennai’s brittle batting ended up at disappointing 160-8 after its captain Mahendra Singh Dhoni won the toss in his 200th IPL game for the franchise and had restricted Bangalore to 173-8.