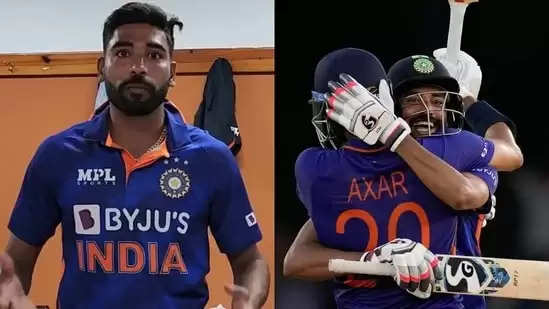 Shreyas Iyer and Sanju Samson's effort brought the Windies down to earth despite being on a leading side in the second ODI in Port of Spain on Sunday. 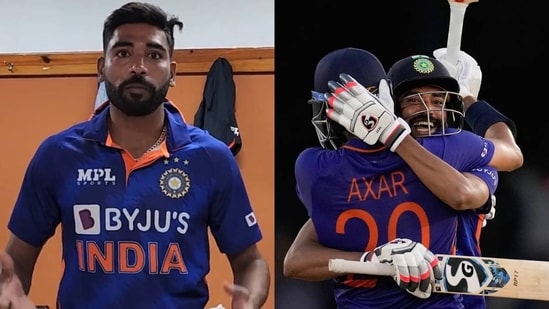 Mohammed Siraj was at the other end, and Yuzvendra Chahal waited in the dugout, leaving Axar Patel completely alone. However, the all-rounder maintained his composure to smash a massive six over long-off on the fourth ball of the over, securing India's two-wicket victory. After winning the series, Siraj elaborated on the tense final over and his conversation with Axar.

Even with his two fours, Avesh Khan contributed to India's run chase in the penultimate over prior to his dismissal. Siraj walked in to assist Axar in the final over. Siraj is not a known batsman, so the all-rounder could not risk a single. As a result, when Axar smashed the fuller delivery from Kyle Mayers to deep mid-wicket on the second delivery, he intended to score a second run but was unable to do so.

Siraj revealed in an interview with BCCI.tv that the way Axar spoke about the chase and how pumped up he was to finish it off had rubbed off on him. He added that he too believed he could hit a six with the third delivery of the over. However, as Siraj described, he prudently pushed for a single to put Axar on base.

Indeed, he was completely justified in doing so. Axar hit the low full-toss delivery over long-off for a six with India needing six runs off three deliveries. India won the ODI series, with the final match still to be played. On Wednesday, the third ODI will be played at the same location.