Who should be India’s No.3 in England- Vihari or Pujara 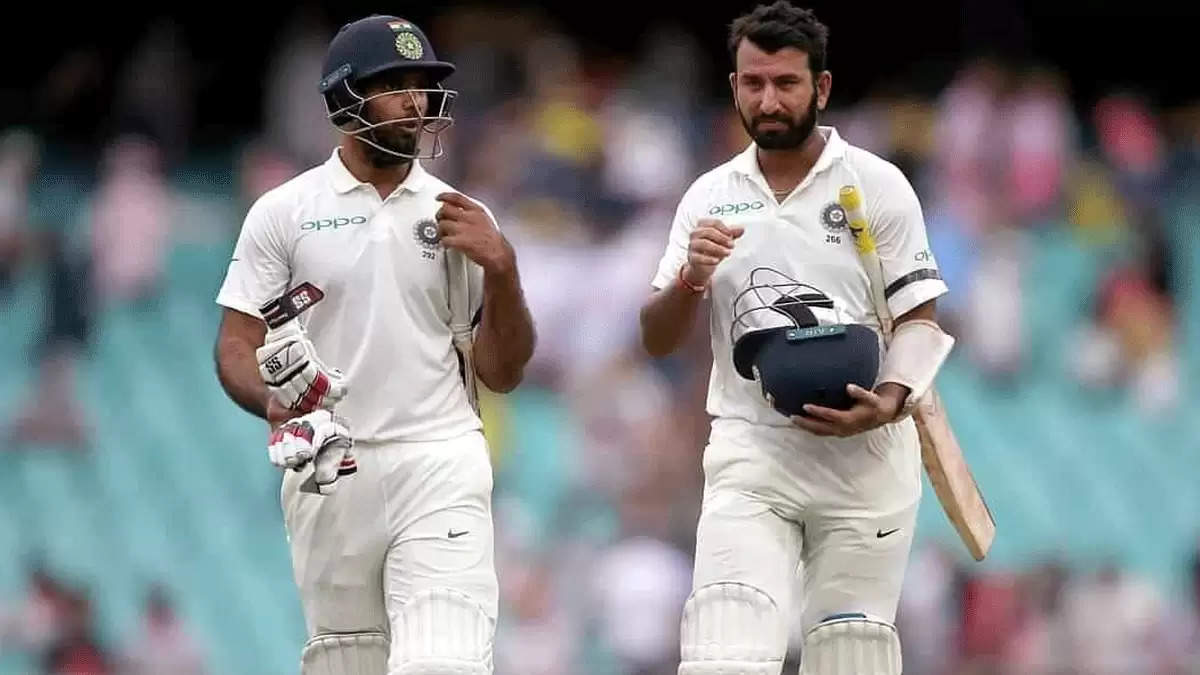 The Indian team for the rescheduled Test against England, which will be held in Birmingham from July 1 to 5, includes veteran batter Cheteshwar Pujara, who has earned a comeback after a stellar performance for Sussex in county cricket. Pujara scored 720 runs at a massive average of 120 with four hundreds in five matches. There were two scores of 200 or higher, as well as one score of 170. When he was at the peak of his batting abilities, he put up numbers like these for India. While Pujara's return to form is welcome news for Indian cricket, the big question is whether he will return to the playing XI right away.

The defiant cricketer, who turned 34 in January, was left out of the two-match Test series against Sri Lanka, which was played at home. Hanuma Vihari, who plays a similar style of cricket to Pujara, was given the crucial No.3 spot in his absence. He didn't put up spectacular numbers, but he did well enough to score 58, 31 and 35 on the three occasions he was given the opportunity to bat. Vihari would be disappointed if he couldn't convert his early scoring opportunities into bigger totals. However, those were only three knocks, which is insufficient to determine a player's calibre. As a result, dropping him from the starting XI based on his performance against the Lankans at home would be unjust.

However, there is another side to the Vihari story. The 28-year-old is a tough character who has taken a lot of hard knocks during his career, which has been full of ups and downs. The Sri Lanka series, however, was not a one-off for the Hyderabad batter, as he has previously failed to capitalise on starts. In 15 Tests, he has scored 808 runs at an average of 35.13 with a total of 155 fifties.

In September 2018, Vihari made an impressive 56 on his Test debut against England at The Oval. With the exception of the 2019 West Indies tour, where he was named player of the series after scoring 93, 111, and 53 not out, Vihari's career has largely been one of getting good starts and getting out. He had two 20s and a forty during the 2018-19 Australian tour. In February 2020, he scored one fifty in four innings in New Zealand. He failed again during the 2020-21 Down Under tour before that marathon 23* brought him some well-deserved fame.

Speaking about Vihari, former India captain Mohammad Azharuddin also recently commented while speaking to Khaleej Times, “It’s very important for him to get the big scores. He has to score hundreds to grab the chance. Scoring only 50s and 60s is not really going to help him. He is an outstanding player. But you can play for India for a long time only when you get the big runs consistently.” So, while Vihari is likely to grab the No.3 spot over Pujara for the one-off Test in England, he needs to make the most of his opportunities, else he will have only himself to blame

If the think tank chooses Pujara over Vihari for the one-off Test, the No.3 debate will be resolved automatically. If not, Pujara can still play in the batting order in the event of an injury. Pujara could even open if KL Rahul is unavailable. That's something he's done before. However, given the presence of Shubman Gill in India's ranks, this is a remote possibility. It will be fascinating to see how Indian management handles the Pujara situation in England.