Wife Of Mohammed Shami Faces Troll After She Shares Video on Instagram- ‘If You Don’t Love Me, Then You Want To Fight’, Mohammed Shami’s Wife Hasin Jahan Said This Thing! 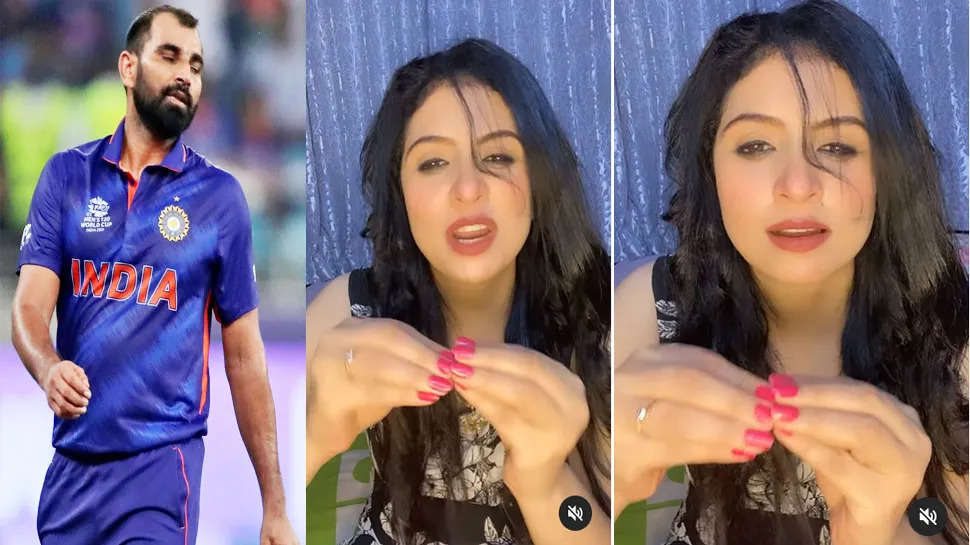 Hasin Jahan, Mohammad Shami's wife, spends a lot of time on social media. Hasin Jahan stays in the news because she posts photos and videos on Instagram all the time. Haseen, Shami's wife, put up this kind of post on Instagram. In it, she says, "Love doesn't happen to me. If you want to fight, speak."

Hasin Jahan, Mohammad Shami's wife, posted a reel of her acting on her Instagram account. Haseen Jahan Bala looks beautiful in this video. In the video, Haseen is heard saying, "Pyaar doesn't happen to me. If you want to fight, then speak." Fans of Haseen Jahan started making fun of her about this video on social media. One user said that you only fight, because if you didn't, Shami Bhai wouldn't be in this state.

On June 6, 2014, the Indian team's best bowler, Mohammed Shami, married Hasin Jahan. Hasin Jahan has been a model and a cheerleader for the Kolkata Knight Riders. They met at a match, and the first time they met, Mohammed Shami gave Haseen Jahan heart. In 2015, after being married for only one year, Shami had a daughter.

In 2018, Mohammed Shami's wife, Hasin Jahan, filed a case against him for assault, rape, attempted murder, and domestic violence. Since then, there has been a fight between the two, and they now live separately, but they haven't gotten a divorce yet. Hasin Jahan got married for the second time to Mohammed Shami. Mohammed Shami has played in all three types of cricket for India.