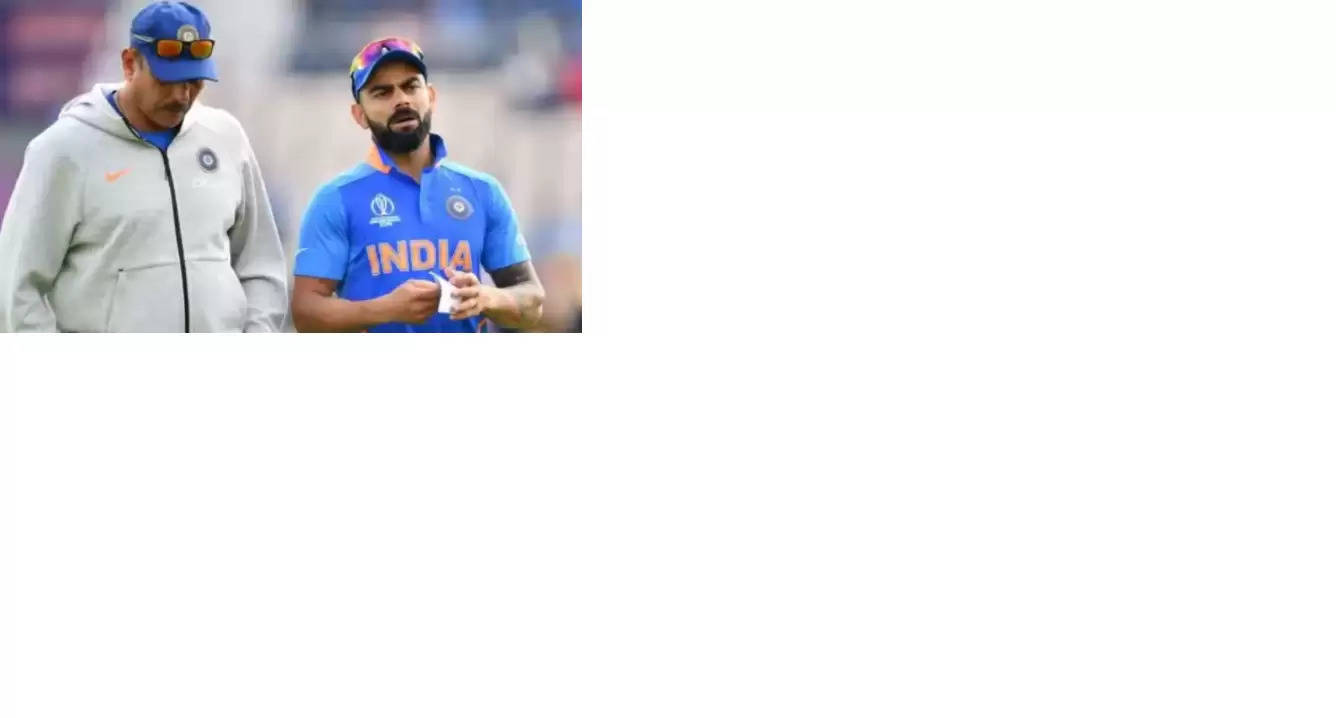 The end of T20 World Cup 2021 has brought many changes with itself as the Indian team witnessed big changes to the squad and the team management. Former India head coach Ravi Shastri opened up on Virat Kohli's future as there are speculations that Kohli may give up captaincy in other formats after he stepped down from T20 captaincy.

Virat Kohli, who has been rested for the T20 series and one Test against New Zealand in their next assignment in order to recover from pressure of living in bio-bubble for months. With the end of T20 World Cup, Virat renounced T20 captaincy.

While speaking to India Today, Shastri was asked about Kohli's future as the captain in other formats, whether he is likely to give it up to manage his workload better.

"In red ball cricket, India have been number one for the last five years under his captaincy. Unless, he wants to give it up or he is mentally fatigued where he says he wants to focus on my batting which can happen in the near future.

"It wont happen immediately but it can happen. The same might happen with white ball cricket, he might say he had enough and he focuses on Test captaincy. It is his mind and body that will make that decision. He won't be the first.

"A lot of successful players have given up captaincy to focus on their batting for their side." Shastri said Kohli remains the fittest cricketer in the team by far.

"He is hungry for sure, fitter than anybody in the team. No doubt about that. When you are physically that fit, your longevity only increases. On the captaincy part of it, it will be his decision but I see if anything he might say no to white ball cricket but red ball, he should carry on because he has been the best ambassador for the Test cricket. That will make him carry on," said Shastri.

Shastri also foresees many players in the team, including Kohli taking long breaks to recover from bubble fatigue. He also spoke on the relevance of split captaincy in COVID times.

"Especially, in these times it will reduce the pressure on the individual. A lot of players will take breaks. I foresee lot of plays wanting breaks and rightly so. You need to switch off from the game from time to time."

Shastri reiterated that playing World Cup right after IPL was not ideal for the team but didn't want to blame BCCI as the re-scheduling happened because of COVID-19.

"I won't say that but because IPL was cancelled in April, they had no choice. But I don't think that will happen in the future. Kapil is right about the scheduling part because it will take its toll," he said when asked to comment on Kapil Dev's statement on players prioritising IPL over country.

"It is not just the BCCI, every board has to be careful on scheduling. Don't forget, we play more cricket than any other team in the world, if you add the IPL."