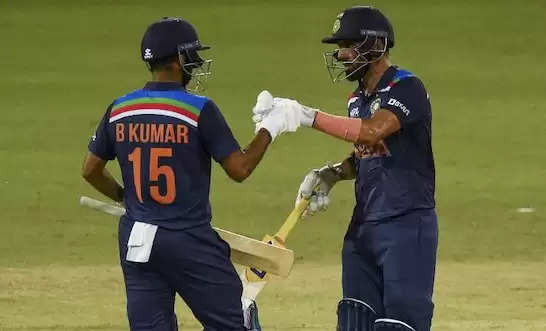 Aakash Chopra opined his views on the match winning batsman Deepak Chahar (69*) who pulled apart Sri Lanka’s bowling attack and helped India clinch the series with his effortless performance. Chopra stated that the Chahar is well known for his swing bowling mostly, but he showed that he is no mug with the bat either and proved to be a great asset for the team.

“Deepak Chahar is a story of belief, there is so much self-belief in him that sometimes it feels, it is over-confidence. Even ten years ago, when I met him, he used to tell me that he bats well, hits fours and sixes, and that I am giving him less batting. Whenever you talk to him, he talks about bowling but it is not possible that he will not talk about his batting.” Aakash Chopra told in his Youtube Channel

“There were two or three very important parts of his batting. Firstly, the self-belief that he can win the match from here. Secondly, his shot selection. The calmness with which he played and the shot selection, it was almost impeccable.” he added