AB de Villiers bids adieu to all forms of cricket 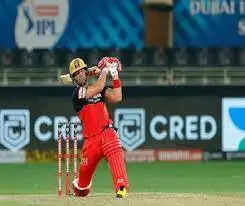 South Africa's star batsman AB de Villiers has announced his retirement from all forms of cricket on Friday, 19 November. The legendary batsman ruled the game for 17 years after debuting with Test cricket in 2004. His career stats across all three formats have been phenomenal. And, with the announcement, his association with the Indian Premier League franchise, Royal Challengers Banglore also comes to an end, which lasted for 10 season.

De Villiers who is also nicknamed 'Superhuman' took to Twitter for ending an illustrious career. Over the 17-year long career he played in 114 Tests, 228 ODIs and 78 T20Is for the Proteas. He played 156 matches for RCB with 4491 runs to his credit while finishing as the second highest run-getter for the team behind Virat Kohli.

It has been an incredible journey, but I have decided to retire from all cricket.

Ever since the back yard matches with my older brothers, I have played the game with pure enjoyment and unbridled enthusiasm. Now, at the age of 37, that flame no longer burns so brightly. pic.twitter.com/W1Z41wFeli