AB de Villiers son punches his hand on chair in disappointment, after his father got out!! 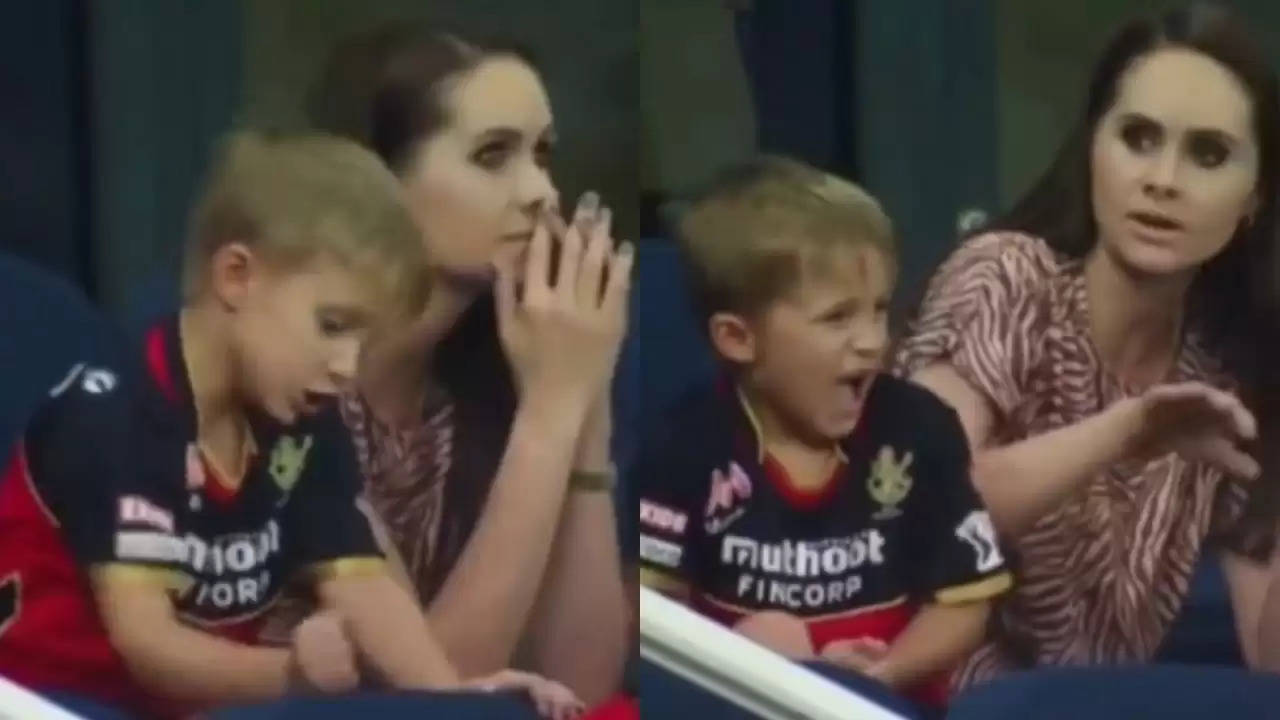 After the loss of two big wickets in consecutive deliveries RCB camp was disappointed there was another person, who was so disappointed with the dismissal of AB de Villiers that he punched his hand on a chair and hurt himself. 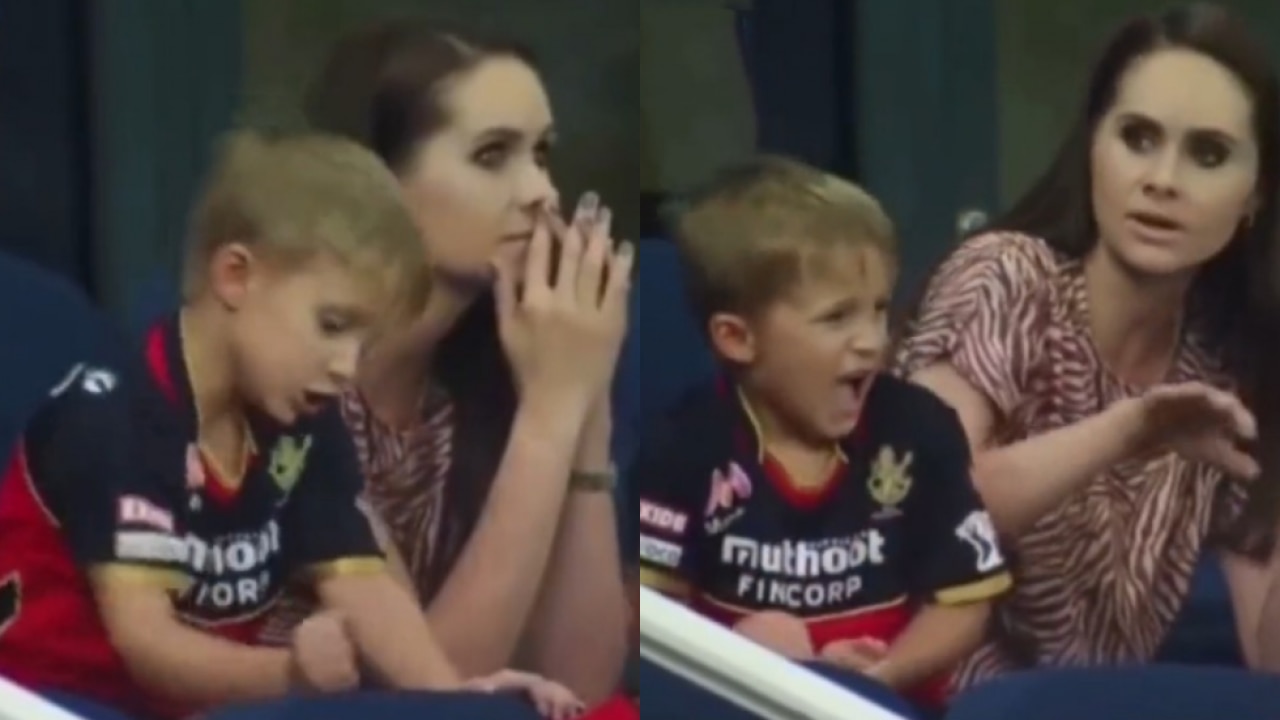 It was none other than de Villiers' son, who was sitting alongside his wife Danielle and he punched the chair in disgust while she reacted to stop him from doing so and it was too late as he felt the pain of the sudden response.

But his response was justified as the AB de Villiers decided to go after Jasprit Bumrah, who bowled a shorter delivery and he could just get an edge straight into wicket-keeper Quinton de Kock's gloves. It cuts at least 15 runs from RCB's total, who looked good on course for a total in excess of 180.

However, RCB had a poor start to their innings losing Devdutt Padikkal in the second over of the innings. But a couple of good shots from skipper Virat Kohli and wicket-keeper batter KS Bharat meant the Bangalore side a decent powerplay.