After impressing Virat Kohli, Ishan Kishan may be seen opening for India in T20 World Cup 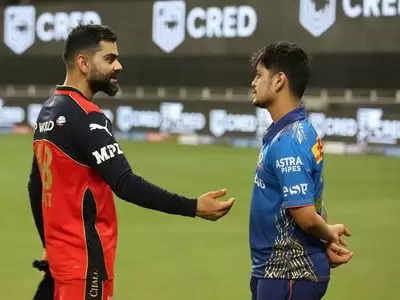 Ishan Kishan has impressed all with his consistent form recently. With two successive fifties in the ongoing second-leg of IPL, the wicket-keeper batsman said that skipper Virat Kohli is extermely pleased with his form and told him that he may be opening for India in the upcoming T20 world Cup 2021.

Ishan failed to perform for the major part of IPL 2021 and questions were being raised about his selection in the India squad for the marquee event. However, the 23-year-old played a brilliant 84 off 32 balls and a 50 not out off 25 balls at the top of the order in the final two games for Mumbai Indians leaving everyone impressed. Despite the fabulous knocks, Mumbai Indians failed to qualify for the play-offs.

“A very good thing for me and for the team getting some runs, and getting into good touch before the World Cup," Ishan said during the post-match presentation after MI signed off with a 42-run win over SRH to end their campaign on a winning note.

“It’s important to be in the right mindset and you need to go with your best form. I had a good chat with Virat (Kohli)  bhai, Jasprit (Bumrah) bhai also helped me. Even Hardik Pandya, Kieron Pollard were there to support me," Ishan recalled how seniors helped him through the tough phase.

“Everyone supported me. They told me it’s a learning stage and I need to make sure to not repeat the mistakes," he added.

We gave everything we had tonight and we have so much to learn from this season. Thank you to all the fans for your constant support. Our #OneFamily 💙 pic.twitter.com/rOe4IWjNwB