After Thrilling Win Over Lanka, Shikhar Dhawan went to dinner with coach Rahul Dravid, Bhuvi was also seen with his wife Nupur.!! 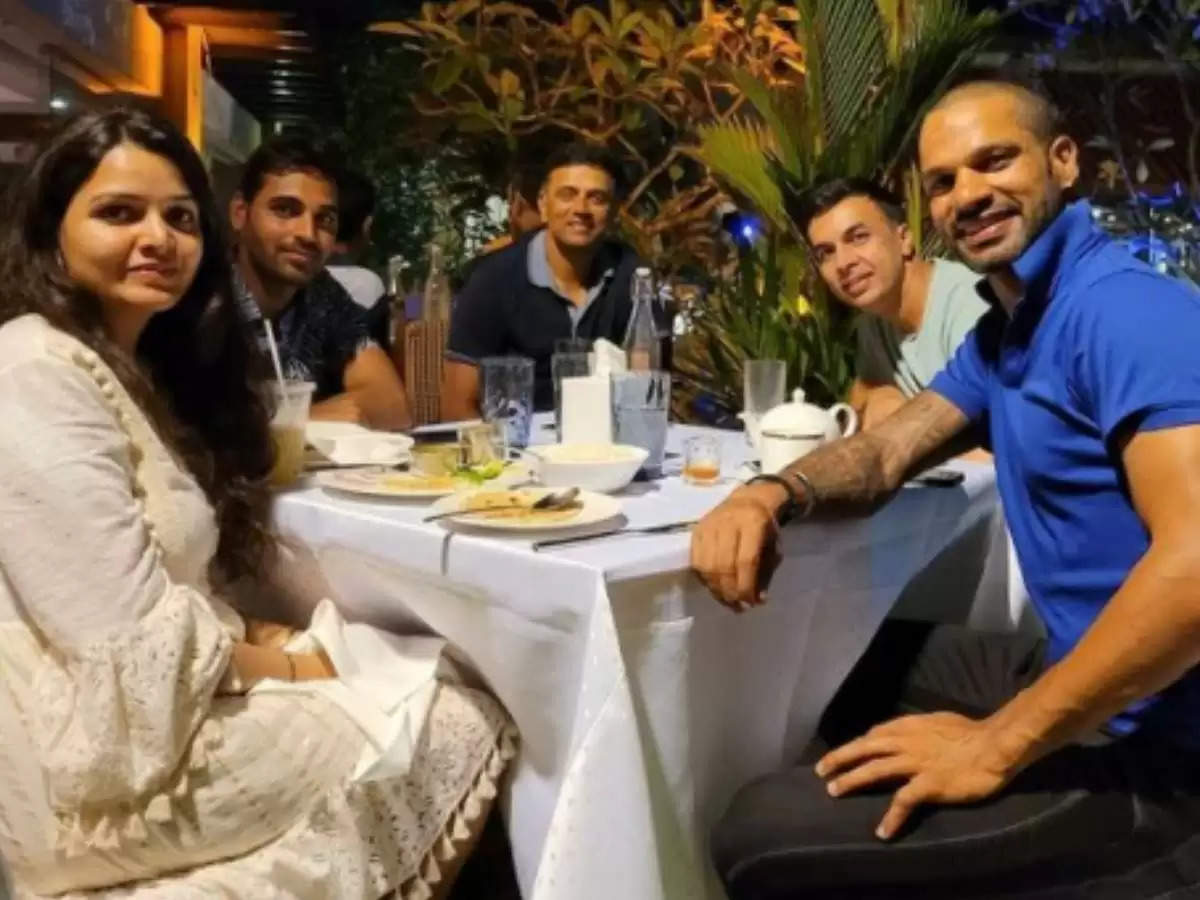 After a nail-biting win by 3 wickets against Sri –Lanka in a 3-match ODI series Team India, take a 2-1 lead in the three-match series.

Captained by Dhawan who is popularly known as ‘Gabbar’, has shared a photo on social media in which he is seen having dinner with the team’s vice-captain Bhuvneshwar Kumar along with his wife Nupur and head coach Rahul Dravid.

Dhawan captioned the photo, ‘Beautiful night with an amazing company.’. Bhuvi contributed significantly in winning the second ODI. Deepak Chahar remained unbeaten at 69 while Bhuvi contributed an unbeaten 19. Chasing the target of 276 runs, India won the match for the loss of 7 wickets..