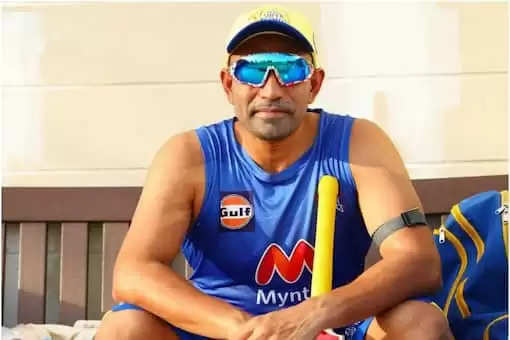 The stylish batter, Robin Uthappa celebrates his birthday on November 11. He has played the finisher’s role in some of the most thrilling chases for Indian cricket. Here are some of the most interesting facts from the life of Robin:

1. His father Venu is a veteran Hockey Umpire.

3. In his very first match, ‘The Walking Assasin’ scored a half-century. Making 86 runs off 96 balls chasing the 289-run-target posted by England in the last ODI of their tour in India in 2006.

Super birthday Robbie! 💛😍 Thanks for those moments you made us 🥳 for you & wishing you a great year ahead! #SuperBirthday #WhistlePodu #Yellove 🦁 pic.twitter.com/qhzgeEW9ZW

4. He becomes the first Indian batter to score a half-century in T20 cricket against Pakistan in their group stage game in the inaugural 2007 ICC T20 World Cup.

5. Robin Uthappa was the only batter to win the orange cap as well as the IPL trophy that season in 2014 for Kolkata Knight Riders. Ruturaj Gaikwad became only the second orange cap holder from the side that won the IPL that year.

6. Karnataka-based cricketer is yet to score a century.

7. Robin holds the record for scoring consecutive 40 plus runs in 10 consecutive matches. He achieved the feat in IPL 2014 for the KKR.