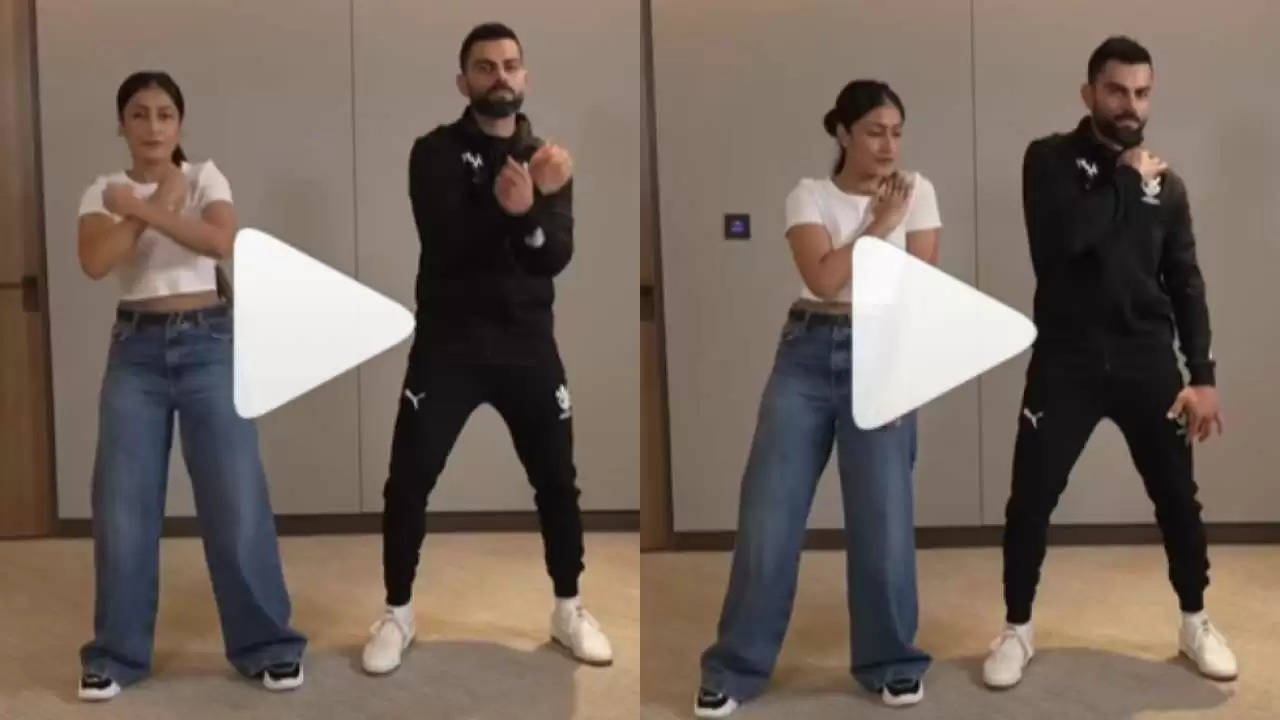 Royal Challengers Bangalore (RCB) star player Virat Kohli was recently featured in a music video that was shared on the team's Instagram handle. The video directed by Yuzvendra Chahal's wife Dhanashree Verma is going viral on social media handles in which RCB star player Virat Kohli is being taught the hook-step in the now-viral BTS video.

Directed and choreographed by Dhanashree with music by Harsh Upadhyay the video inspires RCB’s wide geography of fans to 'Never Give Up and Don't Back Down'.

Speaking about her experience Dhanashree Verma said, "It was so much fun working on this video with the RCB cricketers. Having seen the effort of the RCB players in everything they do, I began appreciating the #PlayBold mentality, which not only helps in sport but in our daily lives too. RCB is my extended family, and it was only fitting that I dedicate this video to every member in the team and to the thousands of fans out there."

RCB shared it on their Instagram and captioned it as, "Celebrating the solidarity and play bold spirit of Royal Challengers Bangalore. Special thanks to all our players who wear RCB colors and give their 100 percent on the field."

With the IPL 2022 mega auction around the corner, RCB celebrates the togetherness of the team through the video. Meanwhile, it is reported that RCB is likely to retain the services of captain Virat and Maxwell along with Yuzvendra Chahal as part of their four-player quota.