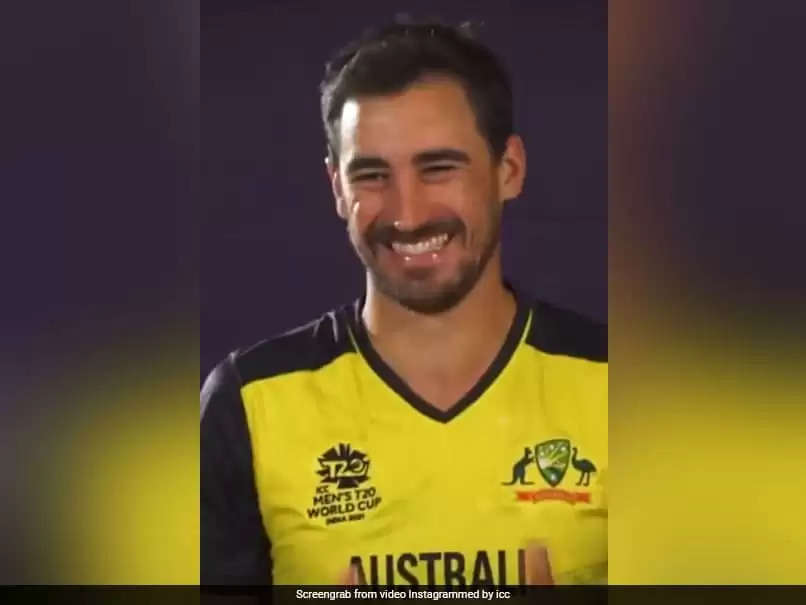 Being a modern-day cricketer and interacting in front of the camera is not that easy which is proven by ICC’s latest post, featuring Mitchell Starc. ICC took to social media to share a hilarious interaction with the Australian pacer, who needed four takes to say one line before Australia's upcoming T20 World Cup Super 12 match against Sri Lanka. The ICC asked fans, "One line. Four takes. Not as easy as it sounds, right?"

The video begins with Starc failing right away in the first attempt and then laughing it off.

"Welcome to the ICC Men's...Try again", he quipped.

"I am Mitch Starc, welcome to the ICC Men's World.."

After the second attempt, he even received motivational applause from the media team.

The 31-year-old failed in his third attempt too and could only utter, "Welcome to the ICC..."

It was in his fourth attempt that he finally nailed the line with a rather proud expression. "Welcome to the ICC Men's T20 World Cup", he stated.