Harbhajan singh in support of Hasan Ali after defeat against Australia in semifinal T20 World cup!! 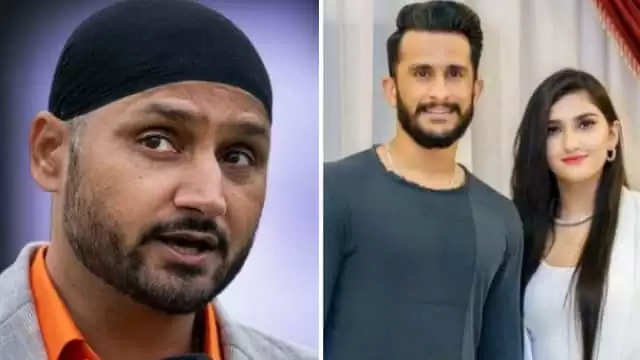 Hasan Ali is being blamed for the defeat at the hands of Australia in the second semi-final of the T20 World Cup 2021. His family is also trolled on media for dropping the catch of Matthew Wade.

But in the heat of criticism from all sides, he got the support of India’s off-spinner Harbhajan Singh

Talking on his YouTube channel, Harbhajan said, ‘Every catch is difficult. In pressure matches, a lot of catches are missed and some great catches are not even caught. My point is that it should be forgotten which country Hasan Ali belongs to. He is a player and has tried to give his best. After the defeat, it is also wrong to target his family in all this. He is also a human being and mistakes are made by humans only. It is wrong to target one player and many more mistakes have happened due to which Pakistan lost the match.

Matthew Wade was caught by Hasan Ali on the third ball of the 19th over of the Australian innings when Kangaroo team needed 20 runs in 10 balls to win. Wade Australia a ticket to the final by hitting three sixes in the next three balls of Shaheen Shah Afridi. After not catching the catch, Hasan Ali also looked emotional.