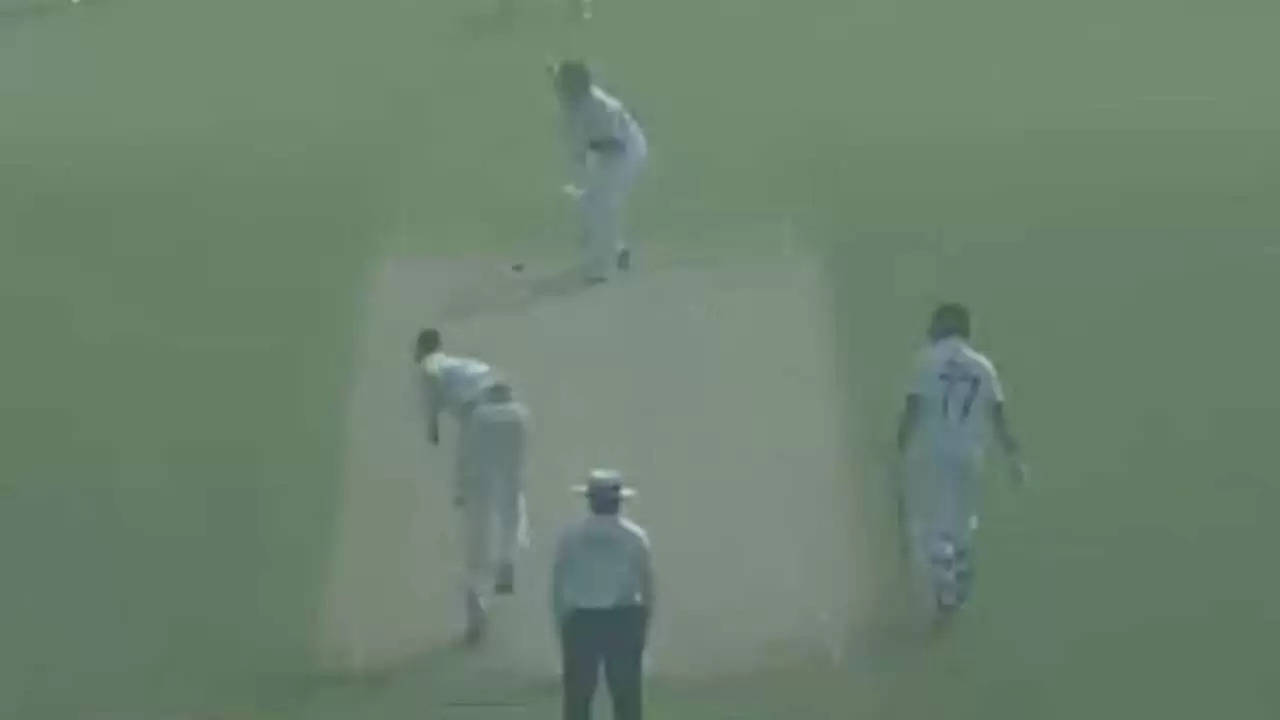 After a gap of eight months, First test between India and New Zealand in Kanpur has begun. However, the first thing everyone noticed was the smog. India won the toss and chose to bat first against New Zealand on Thursday.

Is it just me or you can breathe the smog in Kanpur through the screen? IndvsNz


Mayank Agarwal and Shubman Gill got through the first half an hour but the viewers were distracted by the smog as the visibility on camera was affected in Kanpur due to high AQI levels 350 as the pollution has been high in the Northern parts of the country.

Former India cricketer, Wasim Jaffer to come up with a hilarious meme saying, "Dhuaan dhuaan that voh samaa." The fans too reacted in the same vein as they suggested that it seemed like the match was being telecasted in 144p and not the high HD quality.

Here are some of the reactions: