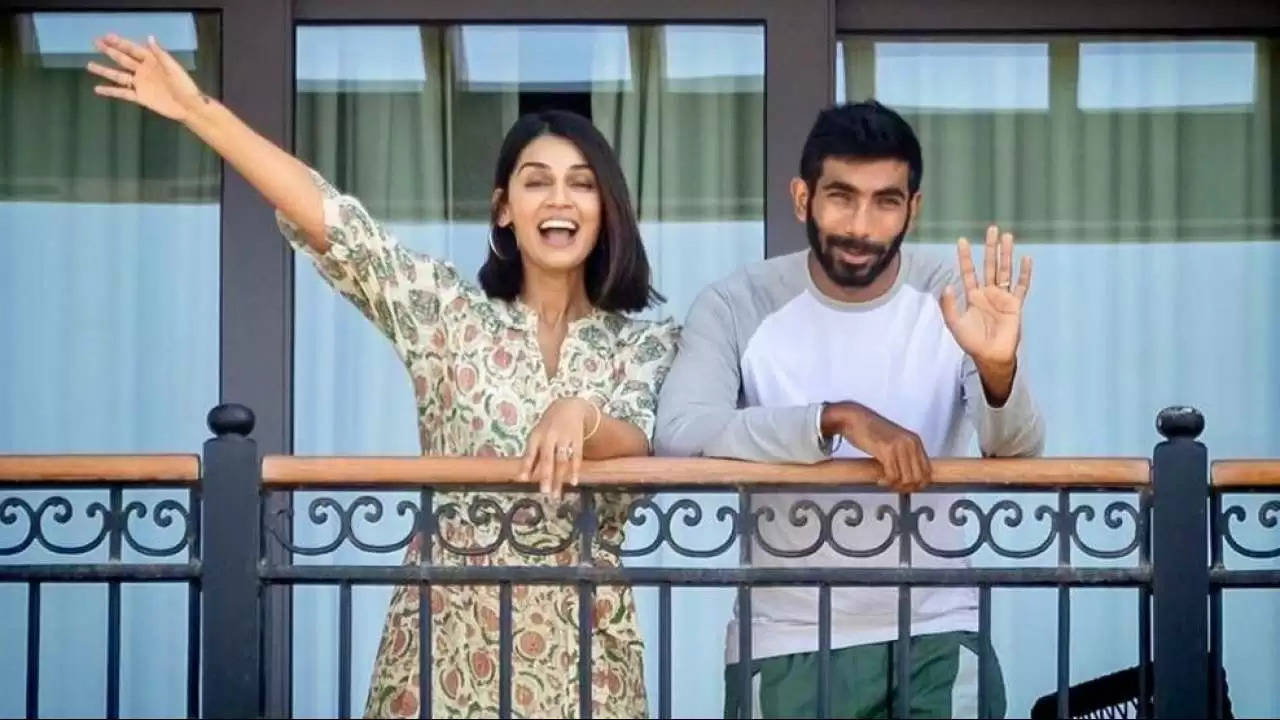 After suffering three consecutive losses in the second leg of the 2021 edition of the Indian Premier League (IPL) MI beat the Punjab Kings by six wickets and kept their qualification hopes alive. The duo of bowlers Hardik Pandya and Kieron Pollard helped them get to the target of 136 runs with an unbeaten partnership of 45 runs, who restrict the PBKS batting line-up to just 135 runs on a good Abu Dhabi surface on which skipper KL Rahul felt they were 35 runs short.

Kieron Pollard and Jasprit Bumrah were the havoc-in-chief for the Mumbai Indians getting a couple of wickets each. Bumrah lived up to his wife Sanjana Ganesan's expectations.

During a pre-match interaction with MI’s, Sanjana was asked to predict how many wickets her husband will take, she accurately predicted saying, "I would want him to pick 5 wickets but I think he will pick 2 wickets in the match."

After twin strikes by Kieron Pollard's in the same over getting Chris Gayle and KL Rahul, it was Bumrah who pegged them back with the wicket of Nicholas Pooran and removed the set Deepak Hooda in the death overs as he finished with figures of 2/24.