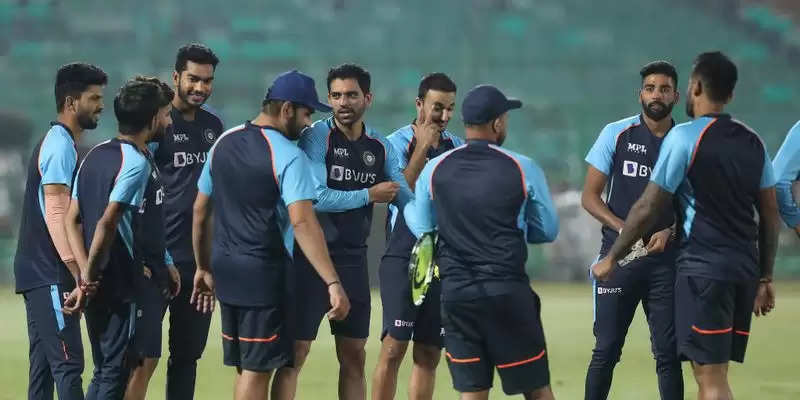 After the conclusion of the T20 World Cup 2021, India is set to host a three-match T20I series against New Zealand, beginning November 17 in Jaipur. Newly-appointed captain Rohit Sharma will go to lead the team under the guidance of new head coach Rahul Dravid. While New Zealand will be led by Tim Southee.

New Zealand the runner-up in the T20 WC has had the better of India in ICC tournaments of late, the Men in Blue have won two of the last three, including a 5-0 clean sweep on the tour last year. Harbhajan Singh feels that India will win the upcoming series with a 2-1 margin.

"I wish Team India all the best and I hope they win. India winning the series 2-1 is what I am predicting," Harbhajan said on Star Sports.

India squad is featuring young brigade Ruturaj Gaikwad, Venkatesh Iyer, Avesh Khan, and Harshal Patel among others, who were awarded on the basis of their IPL 2021 performances. Harbhajan wished to see more of Ishan Kishan, who he feels will be a key player for India in next year's T20 World Cup.

"I want to see some of the new players in a different role. Like Ishan Kishan, I want to see him play regularly. He has a lot of potentials. He will be a key player for the next T20 World Cup. He will have the responsibility of batting at No. 3 so I feel he should be given as many chances as possible," Harbhajan said.

Suryakumar Yadav aggregated 317 runs from 14 matches in IPL 2021. Harbhajan lauded the right-hander for his 360-degree game and looked forward to seeing more of him.

"Apart from him, Suryakumar Yadav is a player who can fit in any format," he said. "A player like him can bat at any position. I would want that role to be given to him because he is a player who can win you tournaments, not only matches. He has that 360-degree game. He is one of those guys I am really looking forward to performing."