IND Vs SL: Deepak Chahar dances on the field after taking a wicket, watch video 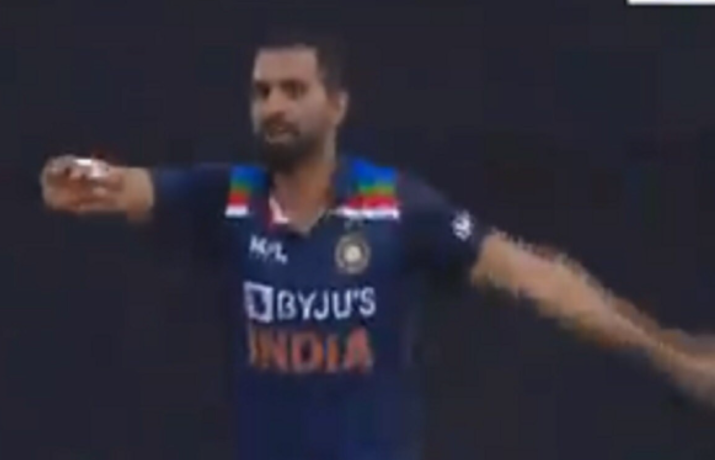 India defeated Sri Lanka by 3 wickets in the second ODI and grabbed the series with 2-0. The credit for India’s big win went to Deepak Chahar, who did wonders with the ball first and then rocked with the bat. Indian team was given a target of 276 runs. Deepak Chahar took two wickets for 53 runs and then he played an unbeaten innings of 69 runs off 82 balls while batting.

Chahar’s 69-run knock comprised of 7 fours and a six. A video is going viral on social media in which Chahar is seen dancing and celebrating after taking a wicket. He dismissed Sri Lankan batsman Wanindu Hasaranga on the first ball of the 40th over and celebrated in style. This was Deepak Chahar’s second wicket.

Deepak Chahar was seen dancing after taking the wicket. However, the day’s start was nothing special for him as he gave away 25 runs in the first 3 overs. But then he made a great comeback and took wicket of Dhananjaya de Silva. After this he made Wanindu Hasaranga his second victim.