Indian Cricket board did not want the last Test - Michael Holding 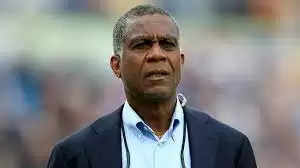 Ever since the 5th and final Test between India and England was cancelled, experts from the cricketing world have been quick to share their theories behind the development. Earlier, BCCI chief Sourav Ganguly clarified that the Indian players were reluctant to go ahead with the 5th Test after several Covid-19 cases were reported in the Indian camp. However, many from the English media believe that the core reason behind it was the upcoming second-leg of the Indian Premier League.

Former India left-arm spinner Dilip Doshi gave an insight to an interaction he had with former West Indies fast bowler Michael Holding, who informed him that the BCCI was never keen on playing the fifth and final Test of the series.

"I was speaking to a dear friend of mine Michael Holding earlier today and he mentioned to me that the Indian Cricket board did not want the last Test. So, their original suggestion was that the tour should end after the Oval Test, leaving enough time between IPL and the last Test in England. Giving a gap of 15 days because of the quarantine period in between, but I believe ECB did not want that and they may have insisted on the fifth Test." Doshi said on India Ahead news.

Doshi, who had attended the book launch of Ravi Shastri's book 'Stargazing', revealed that fingers are pointing at coach Shastri for hosting a book launch and contracting the virus, as barely days after the event, the coach tested positive. Whether that is true is be known but Doshi did admit that none of the Indian players were wearing a mask at the event.

"I was present at the book launch. A lot of dignitaries, and Team India was present there for a short while and none of them was wearing a mask. Whether the society has to wear a mask, whether it is mandatory or not is decided by the politicians," Doshi said.

"Prime Minister Boris Johnson decided that England was safe enough because of the double vaccinated program and a lot of people have been vaccinated here therefore immunity is apparently high and so it was then the society is open to all avenues and they did that.

"So, there are two ways of looking at it. That's one aspect of life but as a touring team when you are here on a mission then I would expect that every time the Indian team or the Indian squad are offering themselves in public where there is little more crowd, if I were then I would definitely be wearing a mask, not because I don't trust others but I am barring myself from getting infected."

Meanwhile, the second phase of Indian Premier League is set to begin on 19 September in the UAE and Oman. Players of all the franchises have arrived in the country and are busy with the training sessions while some are still completing the mandatory quarantine period before joining their teammates.