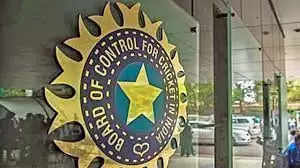 The Board of Control for Cricket in India has appointed a central COVID-19 testing agency in the UAE to remiain updated on every test report of the player and support staff. The report is to reach the board and the respective franchise.

Speaking to the news agency ANI, a source close to the board state that earlier teams were allowed to have respective testing agencies, the BCCI has appointed VPS healthcare to carry out all Covid-19 tests this time and all reports are sent not just to the teams, but also to the board.

"The BCCI felt it was important to have a central testing agency as that would help in keeping a tab on all testing taking place as also the results of tests would be immediately available to the board. There will be no delay in transmission of information in this process," the source said.

While the BCCI is managing the bio bubbles this time, it is keeping a track of body temperature of all players and officials heading to the ground on match day.

"The BCCI has not only asked the teams to keep a check on the body temperature of every person in the bubble, but also asked for the data to be handed to the board on match day. Every franchise needs to send in the data to the BCCI on the day of the match before leaving for the ground from the team hotel," an official of a franchise told ANI.

The BCCI came up with a 46-page health advisory that lays down all the pointers that everyone associated with the IPL needs to follow in order to ensure the smooth functioning of the league.

The 14th edition of the tournament was forced to stop midway in May earlier this year due to the rising Covid-19 cases in India, but the league resumed with the remaining matches, starting from 19 September with Mumbai Indians and Chennai Super Kings. So far, there has been only one Covid-19 case in the second half of the league with SRH pacer T Natarajan testing positive.