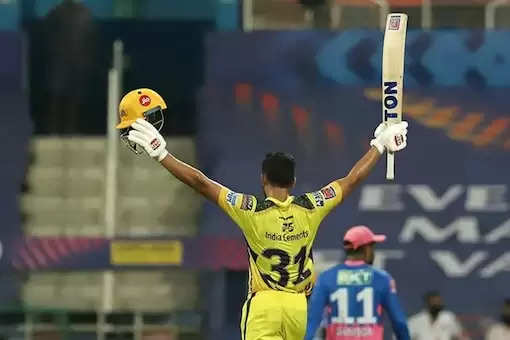 The 14th edition of the Indian Premier League 2021 is heading towards completion.

Ruturaj Gaikwad - Chennai Super Kings: The 24-year-old CSK opener Ruturaj Gaikwad became the newest batter to join the elite list of players who have scored 100 in the UAE leg of IPL 2021 and his maiden T20 century came against Rajasthan Royals (RR) in Abu Dhabi on Sunday. Gaikwad’s amazing knock of 101 came in just 60 deliveries including nine boundaries and five huge sixes. However, despite his effort, CSK lost the match by seven wickets with 15 balls remaining.

The wicketkeeper-batter-captain Sanju reached the mark in just 54 balls. He went on to score 119-runs off 63 balls in that match, adding two more sixes and in doing so he became the first player to register an IPL century on his captaincy debut. However, he failed to take his side across the line as PBKS won the match by

This English batter smashed his maiden T20 hundred against the Sunrisers Hyderabad (SRH) at the Arun Jaitley Stadium in Delhi, in the India leg of IPL 2021. Buttler smashed 11 fours and eight sixes in his 64-ball 124 which helped RR post 220/3.