IPL 2021: "Should Strike Fear In The Opposition," - As MS Dhoni Finished Match with A Trademark Six!!! 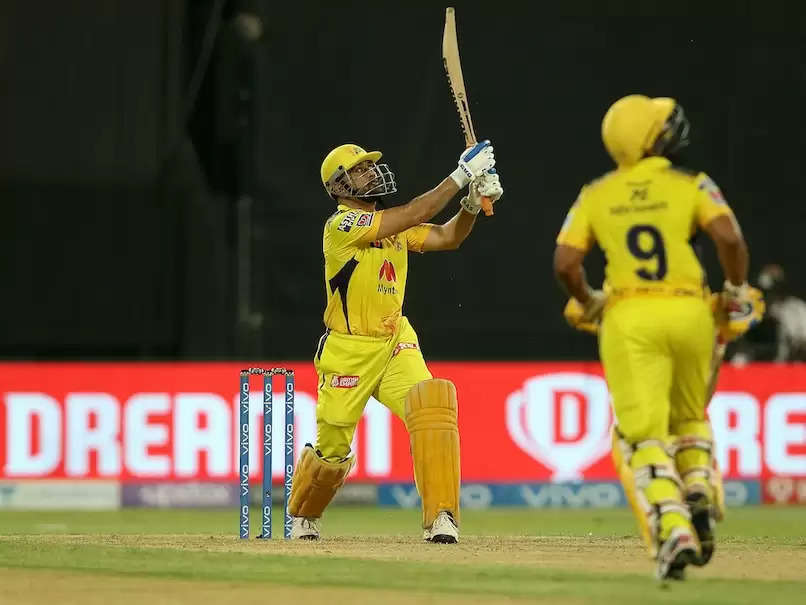 After beating SRH by 6 wickets on Thursday Chennai Super Kings became the first team to confirm their place in the Indian Premier League (IPL 2021) play-offs.

While the bowlers and the opening batsmen laid the foundation of the win, what must have been most heartening to see for the CSK fans and dugout is the fact that

Skipper MS Dhoni stayed till the end and finished the match off in style with a trademark six. In the beginning, CSK was in a spot of bother as SRH struck back with a flurry of wickets. Dhoni walked in with the score of 108/4 after 15.5 overs as CSK needed 27 runs to win in 25 deliveries with two new batsmen at the crease.

Both Dhoni and Ambati Rayudu have not been in the best of form this season and Dhoni had several discussions with Rayudu at the center of the pitch to calm the nerves down even as the gap between bat and bowl kept increasing gradually.

Dhoni slammed a boundary in the 18th overs bowled by Siddarth Kaul and then hit a massive six on the second delivery of the crucial 19th over bowled by Bhuvneshwar Kumar to bring CSK to the doorsteps of victory. Dhoni kept his end of the bargain as he hit a boundary as well to ensure CSK needed just three runs off the last over.

Dhoni turned the clock back as he hit Kaul for a huge six-over deep mid-wicket to seal the win for CSK and a spot in the play-offs.

Speaking to host broadcasters Star Sports after the match, former England captain Kevin Pietersen opined that if Dhoni can finish matches from now on then other teams, who are gunning for the title, should be very worried.

"He has done it for so many years and he keeps doing it and doing it. What this does do and should do now is strike fear in the opposition. If he starts doing this now, and he has actually not been in form with the bat for two seasons, so if he starts doing this now -  then they have one hand on the trophy. They are a serious outfit, and in these conditions, on wickets that aren't very good they are a serious outfit, Pietersen said about Dhoni showing signs of being the finisher that people have known him to be.

"They have got the Hazlewood effect and the Jadeja effect. The openers that contribute and if Dhoni now starts coming in at that number and finishes games off then Delhi - bit of a problem," he added.

Former Indian batting legend Sunil Gavaskar praised Dhoni for finishing games like he has done throughout his career.