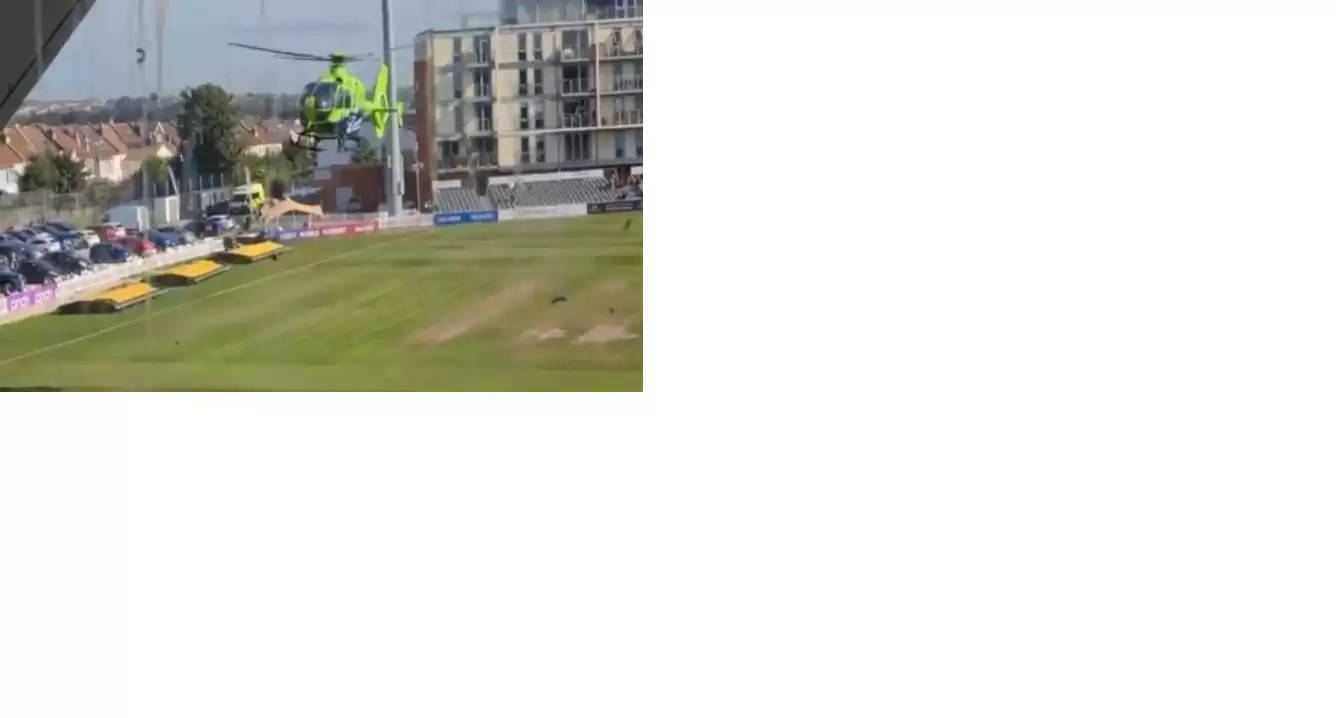 A sight that we don't get to see every day. A county championship match between Gloucestershire and Durham began in Bristol as part of county cricket on Tuesday. But, the match was interupted after a helicopter landed in the middle of the cricket ground to halt the progress of play on the first day of the Division Two fixture for 20 minutes.

It was confirmed that the landing of the helicopter was due to a ‘critical incident locally’ which was informed to the ground staff.

Durham bowler Chris Rushworth posted a video of the air ambulance landing as the players made their way from the field, with the caption: ‘This is a first!!!!! Helicopter stops play.’

This is a first!!!!! Helicopter stops play. pic.twitter.com/ATqRg98A2V

Gloucestershsire Cricket too shared a video of the rare sighting on their Twitter handle.

The Great Western Air Ambulance has left the field.

Thankfully they have been able to tend to a nearby incident and play can now continue!

Only five balls were bowled in the match before the helicopter landed on the field. After this it took about 20 minutes for the match to resume.

Later, Great Western Air Ambulance, a company providing air ambulance services, said in its statement, ‘The team were on the way back to their air base after responding to another call-out in Bridgwater, with a Critical Care Doctor and two Specialist Paramedics on board, so landed at the nearby Bristol County Grounds in order to get to the patient quickly.

‘We would like to apologise for the inconvenience caused to all those at the cricket grounds and thank them for their cooperation in allowing our crew to land safely and respond to the patient in need.’